Former Ethereum developer Virgil Griffith (39) was sentenced to 63 months in prison and a $100,000 fine for his aid to North Korea. In September, Griffith pleaded guilty to violating international sanctions against North Korea. Against the rules, Griffith gave a presentation at a cryptocurrency conference in Pyongyang in April 2019. According to the FBI, Griffith helped dictator Kim Jong-un’s regime evade Western economic sanctions by allowing the country to develop nuclear missiles to threaten the world. The crime carries a maximum sentence of 20 years, but Griffith was able to reduce his original sentence from 78 to 63 in a settlement with federal prosecutors. That means a prison sentence of 5 to 6.5 years. However, Griffith has now spent two years in custody, out of which he was released on bail for 14 months. The remaining 10 months count towards his sentence.

Before hearing the judge’s final verdict, Griffith was given a chance to make a final objection or comment. Griffith exchanged a few glances with his parents and friends in court, after which his attorney began with a plea for leniency. In legal terms, a request for leniency means a request for a less severe penalty. Brian Klein, Griffith’s lead attorney, asked Judge Castel to consider factors he said were not included in the final verdict. Specifically, the harsh conditions at the Metropolitan Detention Center (MDC) in Brooklyn, where Griffith is being held. Klein described several difficult and inhumane conditions in his speech. For example, the fact that during outbreaks of COVID-19 there was no possibility for the family to visit. He faced limited access to blankets and warm clothes, and Griffith was forced to use his sink as a toilet. Additionally, Griffith was limited to two or fewer meals a day. Meals mainly consisted of bread with peanut butter and jelly. This is because the gangs in the MDC control the kitchen.

“I learned my lesson”

Lawyer Klein also informed the judge about a recent psychological examination that Griffith underwent, during which two personality disorders came to light. These are Narcissistic Personality Disorder (NPD) and Obsessive Compulsive Personality Disorder (OCPD). According to Griffith’s defense, this explains his “obsession” with North Korea and the fact that he went against the advice of family and friends. Klein further stated that Griffith is fully committed to his therapy and that his psychiatrist has labeled him “treatable.” Griffith himself spoke of his time in prison as a period of reflection, in which he recognized his selfishness. “I learned my lesson,” Griffith said. The federal judge did not agree with his statement. On Tuesday, he ruled that Griffith would face 63 months in prison and a $100,000 fine for his crime. He said Griffith had no good intentions and instead showed “a desire to educate people on how to avoid sanctions”. The judge justified the need for the harsh sentence by referring to the war in Ukraine and US sanctions against Russia. The prison sentence “will deter others in a similar situation,” the judge said.

The judge was not at all convinced by Klein’s story and Griffith’s own words. Castel then began reading a series of text messages and emails in which Griffith admits to sharing information with North Korea to help the Kim regime avoid sanctions. What the judge didn’t like the most was that during the conference in North Korea, Griffith wore a traditional North Korean suit and stood in front of a blackboard that said “No sanctions!”. According to the judge, tough action in this case is important to prevent other sanctioned countries from relying on Griffith’s methods.

North Korean hackers have already managed to steal large sums of cryptocurrencies several times. Last year, they reportedly stole a total of $395 million. Over the past five years, the country has acquired $1.5 billion worth of crypto, according to blockchain analytics firm Chainalysis. Russia could use crypto to avoid Western sanctions, according to ECB President Christine Lagarde. Although several cryptocrime experts contradict this. 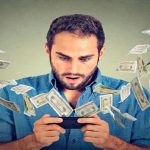 How to mute calls by flipping your Android?

Some smartphone manufacturers allow us to silence incoming calls in a second, with nothing more than flipping our Android equipment, although you have to customize […]

How to use Signal on your desktop PC?

Like most current messaging applications, we also have the possibility of synchronizing our mobile Signal account with its Windows, MacOS or Linux desktop versionThe procedure […]

Bitcoin SV (or Bitcoin Satoshi’s Vision) +45% gain One of the most controversial hard-forks of Bitcoin (BTC) has been Bitcoin SV. Bitcoin SV, known as […]