At the end of February 2022, the company Ever Operação e Investimentos was the target of a police operation that arrested its two main leaders, following accusations of a possible scam by clients. At first, many customers believed that this police operation had targeted MSK Investimentos, since both possible financial pyramids operate in São Paulo and with fixed promises of 5% per month. The suspicion that falls on Ever is that he subtracted BRL 70 million from his customers, suspending payments in February 2022. MSK, on ​​the other hand, suspended payments in December 2021, which drew attention to the case by the police. By Reclame Aqui, several complaints from customers already report that the business collapsed and little satisfaction was given, especially after the arrest of the leaders in February.

O livecoins spoke with the Civil Police of São Paulo to understand how everything happened between the investigation and the start of the operation against Ever Investimentos. In a summary shared with the report, it was clear that the operation against the company took place after the repercussion of the cases of GAS Consultoria Bitcoin and MSK Investimentos, both recent cases that can be clear pyramid scams. “Continuing with the Investigations relevant to this Specialized Police Station on Criminal Organization and Money Laundering, given the large amount of news disclosed by the media of several “cryptoasset advisory companies”, among them, GAS Consultoria e Tecnologia Ltda and MSK Operações e Investimentos Ltda, which are investigated for having the shape of a pyramid scheme, we looked for other companies that potentially would be acting in a similar way“. Ever Investimentos then stood out in the investigations for the promise of up to 5% per month, similar to what MSK does for its clients.

Leader learned to build pyramid after participating in MSK

The police investigation found that the similarities with the possible MSK scheme went beyond the promised profitability. That’s because, one of the leaders of Ever Investimentos worked at the MSK company, where he learned the criminal scheme, according to the PC-SP investigation and that Livecoins gained access.

“During the investigation, we discovered that Edson Orivaldo Lara worked at the MSK company, it was there that he apprehended the criminal pyramid scheme.”

Like MSK, in another similarity, Ever announced last February the suspension of payments of earnings to customers, with complaints exploding and the case coming to the attention of the authorities. On February 21, 2022, a police operation searched for Ever’s leaders and arrested a couple. They are suspected of opening shell companies to acquire goods for their use, in addition to raising funds with clients without authorization from the CVM in Brazil. Searches at the addresses and companies of the investigated also seized abundant supporting documentation, 5 vehicles valued at R$ 2 million, cash and luxury watches. The payment of earnings was called by the company “dividends”, although the case approaches a financial pyramid.

Clients begin to get asset blocks on Ever’s behalf

And although the leaders are in jail and the company has disappeared with the promised earnings, Ever’s clients have already started filing lawsuits to recover their invested balances. One of them managed to urgently obtain a favorable decision, to block R$ 150 in assets on behalf of Ever, an amount invested by him in the possible pyramid. If values ​​are found on cryptocurrency exchanges in the next 10 days, they must also be blocked up to the debt limit.

“Thus, in view of the legal requirements, I grant the seizure of amounts on behalf of the defendant via SISBAJUD, up to the limit of BRL 150,000.00 (one hundred and fifty thousand reais).”

O livecoins could not contact the company’s defense for clarification and the space remains open for manifestation. 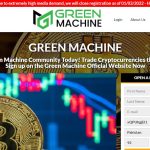 Binance will break out in court! Class action dismissed

Like everything in life, the passage of time is merciless with the components of the GPU of our PC, so we must know how these […]

China’s apex bank has reportedly completed the necessary development of the national cryptocurrency and is drafting a bill on how to distribute the digital currency. […]

The best cheap Android phones of 2022

When you take a look at the best phones of 2022, one thing is very clear, and that is that most smartphones will have high […]