Edward Snowden’s name was associated with the creation of Zcash (ZEC), a cryptocurrency focused on privacy and anonymity. According to the information, Snowden was one of the six original members responsible for inventing the cryptocurrency. Snowden reportedly used the codename “John Dobbertin” to conceal his true identity. But nearly six years after the creation of ZEC, the former analyst revealed in an interview with Zcash Media that he is the person behind Dobbertin.

Created in 2016, ZEC was created by Matthew Green, Zooko Wilcox, former Bitcoin Core developer Peter Todd, and Peter Van Valkenburgh of the Coin Center. Dobbertin’s name is also on the list of founders. Wilcox, then CEO of the Electric Coin Company (ECC), began working with Snowden in the fall of 2016. Both he and Snowden attended the “ceremony,” a ZEC creation event. In the Zcash creation ceremony, the six individuals performed several different tasks. In addition, each of them received copies of private keys from the Zcash network. In October 2016, these keys were destroyed, which symbolized the creation of the cryptocurrency. According to Snowden, the pseudonym was intended to protect both himself and the project team. As for the choice of name itself, it was a tribute to cryptographer Hans Dobbertin, known for identifying weaknesses in cryptographic algorithms. The former analyst also revealed that he did not receive any financial compensation for his involvement. “I participated only in the public interest,” Snowden said. Snowden is currently living in exile in Russia after he leaked 9,000 secret National Security Agency (NSA) documents. According to the documents, the United States maintained an espionage network that operated both internally and externally.

Since the episode, Snowden has become a loud and vocal advocate for privacy protection technologies. He has already criticized Bitcoin (BTC) for understanding that the cryptocurrency does not offer enough privacy to users. His love for privacy was what led him to participate in the creation of ZEC, as admitted in the interview.

“The reason I did this was that I saw a number of credible cryptographers and academics attached to the project. And I thought it was a very interesting project. When we look at cryptocurrencies in general, we often see that cryptographic properties are being used to ensure that it is a fair ledger. However, encryption has not been used to ensure that it is a private ledger.”

Despite being critical of BTC’s privacy, Snowden acknowledges the cryptocurrency’s usefulness. As reported by CriptoFácil, the former analyst used cryptocurrency to pay for the servers he used to leak NSA data.

“You’ve known the whole NSA thing for almost TEN YEARS? I paid for the servers that made this possible using Bitcoin. I’m just not a maximalist.” revealed Snowden last year. 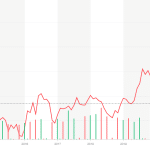 Previous Article Bitcoin or Gold to protect against inflation? With this new exchange product, you don’t have to choose Next Article How to change your home page in Brave?

The euro / dollar exchange rate (EUR / USD) is to decline, while the AUD / USD is to rise sharply – BofA

The euro / dollar exchange rate (EUR / USD) gained about 2% in the last two weeks, breaking from the 9-month lows set in mid-August. […]

How to use Slack channels

For those people who work from home and use slack For this, it is very important to learn how use the channels. The application is […]