Dogecoin could jump up to 190% in coming months, analyst says

The memecoin Dogecoin (DOGE) has returned to the spotlight of the crypto market after billionaire Elon Musk, CEO of Tesla and SpaceX – backer of DOGE – bought Twitter for $44 billion. Shortly after the announcement, the price of the meme cryptocurrency jumped nearly 35%, thrilling enthusiasts and investors alike. But it’s not just them who are excited about what might happen to DOGE once the purchase is approved. That’s because market analysts are also predicting a strong rise for the altcoin. Cointelegraph analyst Yashu Gola, for example, has analyzed the cryptocurrency’s price charts and relevant developments and believes that the price of DOGE could jump 50% to 190% in the coming months. More precisely, he projected the rise in question to the month of September. At the time of writing, DOGE is priced at $0.1376. Thus, if the most optimistic projection comes true, the altcoin price would rise above $0.40. It is worth noting that the historic high of Dogecoin is US$ 0.7376, reached in May of last year. Gole listed three reasons why he’s optimistic about DOGE:

According to the analyst, Dogecoin has been painting a “descending wedge” pattern on its charts since May 2021. According to him, this suggests potential for a bullish reversal in the coming months.

“Descending Wedges appear when price trends fall within a range defined by two converging and descending trend lines. Its occurrence coincides with the decline in trading volumes This suggests that trading activity has slowed down due to the narrowing of the price range,” he explained.

Also according to Gola, a breakout of the wedge to the upside, along with an increase in trading volumes, suggests a bullish trend. In this way, he stated that applying the theory to Dogecoin suggests that the cryptocurrency could rise to $0.40. But that’s if the breakout occurs near the $0.14 level. That is, about 190% from the current price. At worst, the wedge breakout could cause the DOGE price to rise a little more than 50% to $0.21.

The second aspect that may favor the price of DOGE, according to the analyst, is precisely the purchase of Twitter by Musk. It is worth noting that Musk previously presented a series of suggestions for Twitter Blue, the platform’s subscription service. Among other things, Musk suggested that subscribers can pay for the service with Dogecoin cryptocurrency.

“The Dogecoin price reacted optimistically to the possibility of Musk integrating DOGE as one of the official means of payment for Twitter’s subscription services, based on his recent recommendations to the company’s board.

Finally, the third reason for the likely increase is also related to the announcement of the acquisition of Musk. However, it is more directly related to investor sentiment. More precisely to the increase in institutional and retail interest.

“For example, internet queries for the keyword “buy Dogecoin” increased by 392% on April 25, according to Google Trends. Meanwhile, the volume of DOGE on-chain transactions worth more than $100,000 reached $2.59 billion on the same day.”

Furthermore, cryptocurrency service CryptoWallet.com also confirmed the information in a statement to Cointelegraph. The platform noted:

“Online interest in buying Dogecoin has skyrocketed to nearly four times the average volume in one day due to Musk acquiring full ownership of Twitter.” 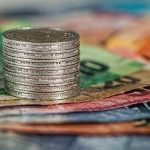 Next Article Why take a microcredit and how to contract it

Over 65% of Europeans believe that cryptocurrencies will be around in the upcoming decade, as cryptos gain more confidence and acceptance from investors around the […]

The increase in demand for cryptocurrencies has seen a leading Australian regulated micro-investing app add the Bitcoin investment option for its users. Raiz Adds Bitcoin […]

In developments that surprised absolutely no one, Elon Musk was a little mischievous on Twitter yesterday, stating that he “won’t sell” his Dogecoin. The comments […]