LightDefi, the largest crypto-environmental project in Latin America, has just announced one of the most anticipated news since the announcement of its roadmap, in the first half of 2021. Now, the land acquired in the rural area of ​​São Gonçalo do Amarante, state of Ceará , in an area bordering the municipality of São Luís do Curu, had its public deed drawn up and registered in a notary’s office. In the registered area, the first photovoltaic power plant of the Light project will be built. The enterprise will have a power of 2.5 megawatts and will generate 5.5 million kwh/year, enough energy to supply more than 2500 homes. The project also aims to increase production to 200 megawatts. After the expansion, the plant will produce enough clean energy to supply more than 200,000 homes. The initiative will rid the atmosphere of the emission of more than 25 thousand tons of CO₂ per year. In addition to the physical document, the deed was registered on the BNB Chain (formerly Binance Smart Chain) blockchain. According to the project’s developers, this would be the first record in the world on blockchain of the deed of a land aimed at the activity of photovoltaic energy generation. Interestingly, when analyzing the original deed documentation sent to the press, it is possible to find the hash of the non-fungible token created for the registration. Another novelty is that on April 6, the project’s official token, Light DeFi (LIGHT), will also be present on the Ethereum network. The smart contract platform is known for holding the attention of major players in the market. According to the team, the crosschain of the LIGHT token with the Ethereum network aims to give greater visibility to the project, especially in the international sphere. The beginning of the year 2022 brought good news for project investors. The Light DeFi token (LIGHT) has been listed on the global exchange BigOne.

But what project is this?

The Light project is focused on promoting the use of energy generated by renewable sources. The initiative belongs to Brillacom, an international company, based in Uruguay, which makes investments in the areas of blockchain and sustainability. The project’s ecosystem includes the Light DeFi asset, the new Light Minner token, the Light Bank digital bank, the Light X and Light Dex exchanges, and the energy drink Light Energy Drink. The energy drink is a strategy of the project to increase its reach among young people, influencers and gamers. The project is audited by Certik, the world’s leading company in the analysis and monitoring of blockchain protocols and DeFi projects. Another achievement was the receipt of the Absolar partnership seal, issued by the Brazilian Photovoltaic Solar Energy Association. In addition, the project recently signed the Crypto Climate Accord, becoming a signatory to the agreement. Finally, the project now has a new advisor, Andy Lian, considered the leading blockchain expert in Asia. Disclaimer: This article is for informational purposes only and does not constitute investment advice or an offer to invest. CriptoFácil is not responsible for any content, products or services mentioned in this article. Also read: Clash Cards Champions: the promising NFT card game Read also: Revealed: cryptocurrencies that can make BRL 5,000 become up to BRL 1 million Read also: Micro banking solution finance blocks completes verification step and guarantees launchpad on February 16 at ProBit Global 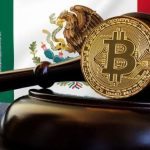 Cryptocurrency miners expect the price of Bitcoin to surpass the $12,000 mark after the halving event takes place and they are hoarding most of the […]

The metaverse Ascenders, an open-world, science-fantasy role-playing game built on the Avalanche blockchain, made a big announcement during the Avalanche Summit. Jackson Poon, CEO of […]