Cuba looks at bitcoin (BTC). Will the cryptocurrency become the country’s official currency?

The Cuban government has announced that it will recognize cryptocurrencies and regulate their use in daily payments. The decentralized nature of cryptocurrencies such as bitcoin (BTC) could provide a viable alternative for an island nation suffering from foreign sanctions that have crippled the use of the US dollar.

Cuban economy bogged down in an even deeper crisis by the Covid-19 pandemic and additional US economic sanctions
The paralysis of the use of the USD has led the local government to look for other alternatives, considering, inter alia, implementation of the use of bitcoin in daily payments
El Salvador decided on such a solution almost 3 months ago
More similar and interesting articles can be found on the Comparic.pl home page

According to a resolution published in the Official Journal, the rules for cryptocurrencies will be established by Banco Central de Cuba (BCC), the country’s central bank, which will also define the basic licensing rules for providers of related services in the Cuban market. – The purpose of this resolution is to establish the rules on the basis of which BCC regulates the use of certain virtual assets in commercial transactions, as well as the granting of licenses to virtual asset service providers for operations related to financial activities, exchange and collection or payments, in and out of the territory of the country – we read in the document. Bitcoin is a viable alternative for Cuba to bypass US restrictions on sending money to Cuba, and is gaining ground as the island nation’s economy deteriorated further during the pandemic. The stricter embargo rules imposed by former US President Donald Trump made it difficult for Cuba to find international banking or financial institutions willing to accept, convert or process US currency in cash. As a result of the sanctions imposed, many banks stopped processing transactions involving Cuba, but the decentralized nature of cryptocurrencies would avoid this significant obstacle. BCC, which “as part of its mission, is to promote, in accordance with its powers, the stability of the purchasing power of the national currency and contribute to the harmonious development of the economy,” may allow the use of cryptocurrencies for “socio-economic reasons,” reads the resolution that She stressed that the state will provide control over operations in digital assets. Cuba’s GDP per capita is currently $ 6,800, which puts the country on a par with the economies of Angola and Congo (around 130th place in the world ranking). For comparison, Poland ranks 45th in the same ranking with GDP per capita amounting to 31.9 thousand. hole.

Another small and crisis-ridden economy, namely El Salvador, decided to accept cryptocurrencies as legal tender some time ago. BTC received the status of a legal local currency at the beginning of June this year.
You can invest in cryptocurrencies with the Plus500 broker, among others. Create a free account and start trading today!
I WANT TO TRADE IN CRYPTOCURRENCIES We are in Google News. Search for what’s important and stay up to date with the market! Watch us 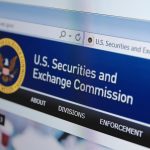 Next Article US CVM to begin tracking DeFi transactions

Don’t look now, but the bitcoin price is trading notably close to the psychologically important $10,000 threshold. Not only that, but bitcoin is also the […]

Diego Aguiar sues Nando Moura after being called a “picrick”

the influencer Diego Aguiar, is suing Nando Moura, a youtuber who resonated with the use of “beggar catcher” Givaldo Alves in a possible Bitcoin scam. […]

The US Securities and Exchange Commission (SEC) has hired a blockchain analytics company to start the monitor and regulate the decentralized finance (DeFi) industry. the […]