Cryptocurrencies were the third most discussed finance topic by Brazilian influencers in 2021. The result came from a survey carried out by the Brazilian Association of Financial and Capital Market Entities (Anbima). The survey identified 277 active profiles of influencers in the country between February 6 and December 31 of last year. Of these, 21.3% addressed the topic of cryptocurrencies in their videos. As a result, the topic ranked third, just below shares (24.5%) and well above dividends (10.6%). In fact, the topic of cryptocurrencies grew at the same rate as the prices of these markets. In the first edition of the survey, Anbima detected 7,300 mentions of cryptocurrencies. Now, in the most recent survey, there were 23,000 citations. In other words, a growth of 315%.

Cryptocurrencies in the target of influencers – and Anbima

With a growth in this proportion, it is natural that cryptocurrencies have gained a captive place on the Internet. Among the top ten finance influencers in Brazil, the top three have already addressed cryptocurrencies in their videos. First is the “Sincere Economist” by economist Charles Mendlowicz. In second comes Nathália Arcuri, founder of “Me Poupe!”, followed by Bruno Perini, of the channel “Você MAIS Rico”.

In addition to influencers, the impact of cryptocurrencies reached Anbima; the entity placed the topic among the priorities of its Annual Action Plan for 2022. The entity must also create a self-regulation for cryptocurrencies. According to Marcelo Billi, Anbima’s superintendent of communication, certification and education, the measure aims to better understand this new world. “We want to understand and get closer to this decentralized finance segment [DeFi]”, says Billi. It is worth noting that PL 2303/2015, which regulates cryptocurrencies in Brazil, was approved this week in the Senate. However, Billi did not say whether Anbima’s rules will be complementary or separate from the PL.

A segment that also grew in terms of popularity were videos of traders, especially day trades. Of the 277 influencers mapped, 32 fit the traders category. In general, these influencers show their routines of buying and selling assets, including cryptocurrencies. Some of them extrapolate these operations, such as the famous case of the trader who paid for breakfast performing a live operation. For Billi, malicious people are not new to social media. The difference is that now they use technology, through it, they have a greater reach. This does not mean that every day trader is malicious, but rather that the excesses of this market have regulators worried. The regulation already provides rules on the disclosure of investments, but there is a gray area in day trading. In some cases, there is a suspicion that the “digital influencer” actually works to manipulate the market. That is, the influencer is positioned in a certain role and uses social networks to “recommend” the purchase. Then, when followers buy and drive the price up, the influencer sells the asset, profiting at the expense of their followers’ losses. In the view of the superintendent, the best way to combat this is with information. In this sense, influencers have a great informative role. With a large market and a growing number of investors, the harder it is for these attitudes to go unpunished. Also read: Ethereum mining pool cancels service for its miners in Russia Also read: Football clubs cancel sponsorship with cryptocurrency exchange for lack of payment 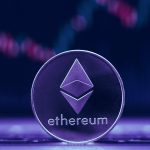 How to restore and use Windows Photo Viewer in Windows 10

If after upgrading to Windows 10 from Windows 7 or 8, you want to restore and use Photo Viewer, it’s really quite easy to do […]

PayPal is looking to launch the direct sales of cryptocurrencies to its hundreds of millions of users. This is according to three people familiar with […]

What does “Run as administrator” mean?

Run as administrator is one of the most traditional phrases in Windows, and one that has multiple implications, especially related to the access of each […]