A company was sued in the São Paulo court in a debt collection through the Extrajudicial Title Execution process, trying to pay off the debt with a suspicious Brazilian cryptocurrency. The case in point may help to illustrate that judges are already understanding better about cryptocurrency technology and aware of which ones are liquid and which are not in the market. The company that tried to pay the debt with this cryptocurrency could even have its request accepted, since the Civil Procedure Code, through the article 620 of the Civil Procedure Codeprovides that theenforcement must be carried out in the least burdensome manner for the debtor“. Even so, cryptocurrencies may not be easy goods to deal with, mainly due to their fluctuation in market value, highlighted the judge.

A man sued a company in court and even got authorization to block assets on behalf of the partners. When having to honor the payment of the debt, the company offered 15 thousand TUPAN, an unknown Brazilian cryptocurrency that claims to be intended to protect the Amazon rainforest. However, what is striking about the project of this suspect coin is that it is only sold on a platform that promises investors profits with the appreciation of the cryptocurrency in the market.
Suspicious cryptocurrency promises investors profits from currency appreciation. Reproduction. Even with the promise that the currency will rise, cited in a lawsuit, the judge did not agree that this is a solid technology and market liquidity, not authorizing the company to pay its debt with Tupan.

“Although the execution must be carried out in the least burdensome way for the debtor – principle of art. 620 of the Code of Civil Procedure -, this does not justify the debtor’s claim regarding the attachment of the crypto asset or cryptocurrencies in the amount of 15,000 TUPANS, equivalent to US$ 56,250.00. It is known that there is no liquidity and suitability of the good offered, which, incidentally, does not even have a legal provision as a guarantee of the judgment.”

Furthermore, the judge stated that cryptocurrencies are not equated to cash, as they have no certain value. According to the magistrate, cryptocurrencies fluctuate, as they depend on the daily exchange rate of the Dollar. That is, if they are used as a debt guarantee, the situation could cause problems since at any time they may have a value lower than the debt executed, “in the absence of certainty, liquidity and enforceability of the asset offered as collateral intended by the debtor“. The judge said that if cryptocurrency is a good option, that the debtor himself can convert it into national money to honor his commitments. Thus, the company must now offer new assets for attachment in the case, as its suspect cryptocurrency was not accepted.

Cryptocurrency pledge can enter the CPC, according to a bill presented in recent days

In recent days, a federal deputy presented a bill to discuss the pledge of cryptocurrencies and their inclusion in the Code of Civil Procedure. Thus, if it is approved by the National Congress and sanctioned by the President, it could help clarify the rules for cases like this, in which judges do not deem it correct to pledge cryptocurrencies due to their volatility. 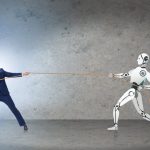 Previous Article Do Blockchain and Artificial Intelligence lead to a better world?

For years we have lived with the concept of web hosting, and that has to do with the fact that it is essential when it […]

USDT circulating supply is reduced by more than $7 billion

Tether, the company behind the USDT stablecoin, has seen the supply of the stablecoin drop by nearly 10%, as data from CoinMarketCap shows. This was […]

Cryptocurrencies are already accepted in about a thousand establishments in Brazil

Although the main use of cryptocurrencies in Brazil is for investments (according to the Central Bank), the use of digital assets as a means of […]