Company that launched Corinthians and Flamengo cryptocurrency is accused of default

A famous company that released the Fan Token from clubs around the world was accused of owing millions to its stakeholders, responding to the article quickly. In Brazil, for example, Atlético Mineiro, Corinthians, Flamengo have already launched their tokens with Socios. Soon, Palmeiras, Internacional, Vasco and others are waiting to announce their own assets. This shows that there is great interest in fan tokens among big clubs in the world, including Brazil. This technology proved to be a promising source of income for football teams, which raised funds directly from their fans via Chiliz cryptocurrency, associated with Socios. And it is precisely this cryptocurrency and company that ended up being accused of problems by a report.

What does the report that accuses fan token company Socios of owing millions?

The website Off The Pitch published the results of a five-month investigation against the company Socios last Friday (11). According to the report, the company’s management did not pass on Chiliz cryptocurrencies to employees and consultants as it had promised, owing tens of millions of dollars to some of them. The justification given for the retention of these coins was not to affect the price of Chiliz on the market brokers, since if the partners received their coins they could sell them and affect the quotation. One of those who questioned the delay in payments ended up being fired by the company and accused of “harassment”. Some partners and consultants, who were from Facebook, Google and other large companies, joined Socios between 2018 and 2019, a period in which a large contract was announced in the market and moved this token, which must be paid in Chiliz (CHZ). However, many no longer had access to the company’s CEO in September 2020 and only part of the debt was received by many. In 2021 the currency exploded and many despaired of not getting the promised coins to sell and take advantage of the good moment of the market, according to reports sent to the investigation. After the reports against Socios, the company responded to several questions to explain that there were changes in the transfer policy, among other measures.

What did the company say in response?

Upon seeing the report that quotes him, Alexandre Dreyfus, CEO of Socios, posted on his Twitter that the allegations are dishonest, promising to solve the problem.

“Today (11), spurious allegations were made about me and Chiliz, some of which have now been corrected. But for the sake of clarity, I want to share the facts and respond fully.”

Today, spurious claims were made about me and Chiliz, some of which have already been corrected. But for the sake of clarity, I want to share the facts and respond fully.https://t.co/UcRcbFalJI — Alexandre Dreyfus (@alex_dreyfus) March 11, 2022

In the response from the company Socios, they said that they have already changed a lot of data in the report after talking to the journalist and are mobilizing to present the situation transparently to anyone who wants to know. The note makes it clear that the matter is being treated with priority and full clarification should come soon.

“The article also made several other allegations against Chiliz that we are looking at as a priority issue. We will take all necessary steps to demonstrate the rigor of our platforms and correct false reports.”

Regardless of what the company’s directors supposedly did to keep the price of Chiliz stable, the coin has plummeted 76% since March 13, 2021, when exactly 1 year ago it reached its all-time high in the market. 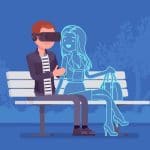 Previous Article How will new technologies affect the world of dating?

The Ethereum price could be in for an unexpected price dump. An ETH whale has moved millions of dollars worth of ETH, and rumors are […]

How to recover damaged Exchange files

If you usually work in your company with an email system with the Exchange server, surely one of your biggest concerns may be that one […]

Shockwork Games SA will change its name to Metaversum SA In the plans of NFT and metaverse!

The shareholders of Shockwork, a producer of games listed on NewConnect, agreed to finance the development of activities in the NFT and […]

How to compress images in Windows 10/11?

There are many situations in which it can be helpful to compress images in Windows and, depending on what your expectations are, you should opt […]