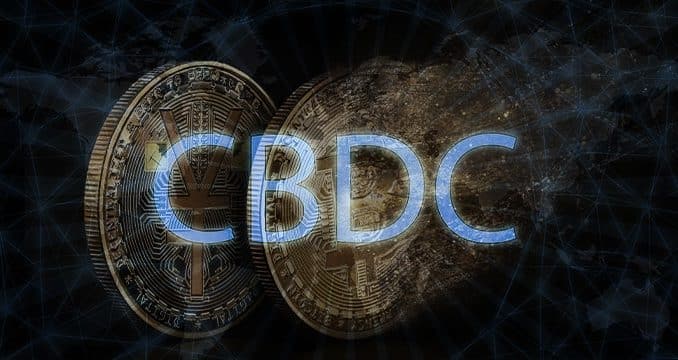 HomeBlockchain DLTCentral bank digital currency: what is CBDC and how it works 16 September 2022 Blockchain DLT The evolution of Central bank digital currency (hereinafter also just CBDC) will affect the entire financial ecosystem in the near future. In fact, companies and consumers are adapting to new digital monetary forms very quickly. Institutions, too, must necessarily adapt to developments and contemplate new instruments capable of managing and organizing international trade and transactions. In such a complex dynamic, what are the driving factors and the implementations necessary to properly manage the digital currencies of central banks and consequently the impacts on commercial banks?

CBDC, what it is and what it means

A CBDC is an electronic form of money issued by a central bank with the potential for extensive use by households and businesses to accumulate value and make payments. It is the digital currency of the central bank in the national monetary unit (e.g. the US dollar or the euro) having legal tender and guaranteed by the issuing central bank, therefore with the same guarantees as the physical currency in circulation in the respective countries. This makes CBDCs more secure, guaranteed, and less volatile than other digital currencies. In the last period, efforts towards building CBDCs are growing around the world for different reasons. the COVID-19 crisis has led to a shift in payment habits towards digital payments, the inability to move, the rise of e-commerce and the fear of banknotes as a means of transmission of infection, have accelerated the decline the use of cash in favor of digital transactions; the restrictive policies on the use of cash in force in many countries; cryptocurrencies, developed by companies or private organizations have seen significant developments and in some cases, significant increases in value always in a very volatile climate such as that of cryptocurrencies. In response, 87 countries (representing over 90% of global GDP) are investigating how to manage their central banks’ digital currencies, while 9 of them have already issued a state-guaranteed digital currency through their central bank (report data EDPS European Data Protection Supervisor or the European Data Protection Supervisor). The European Central Bank, for example, after having explored possible project scenarios for the launch of a digital euro and consulted the various stakeholders interested in the project, has decided to start a CBDC project with an investigation phase that will last from October 2021 to October 2023. In the United States, the Federal Reserve Bank of Boston and Massachusetts Institute of Technology (MIT) technical experts are collaborating to create a potential CBDC. In Nigeria theeNair is accepted as the country’s CBDC. The eNaira has been in use since October 2021. In China, the Chinese eCNY was launched on a limited basis as a pilot test in 2019. The digital currency is used for day-to-day transactions along with eCNY-compatible wallets.

If we were to summarize the main characteristics in a sort of list, we could say that the central bank’s digital currency is: fiduciary currency, but in digital form; issued and governed by a country’s central bank; influenced, in terms of supply and value, by monetary policies, trade surpluses and all central bank decisions; possibly based on DLT (Distributed Ledger Technology) technologies. On the contrary, the central bank’s digital currency will not be: a cryptocurrency (like Bitcoin) governed by distributed autonomous communities rather than by a centralized body; characterized by the excessive volatility typical of many cryptocurrencies; equivalent to commercial bank currencies (e.g. balance of current accounts).

In this project phase, CBDCs are continuously evolving, leaving the possibility for central banks to adopt different approaches in implementation. At present, there are a number of design decisions that lack broad consensus, including the following: CBDC’s ability to fully replace banknotes and coins; sufficient level of anonymity or privacy; access and availability to all citizens. Putting these doubts aside for the time being, overall CBDCs would offer both a new form of central bank money and a paradigm shift in the payments infrastructure. This is why it becomes essential to understand the benefits of CBDCs and their impact on the broader landscape of forms of payment. Although CBDCs are conceptually equivalent to “fiat” currency, currently no CBDC is in widespread use. Governments and institutions around the world have initiated limited research, development and testing on CBDCs with the aim of augmenting the existing currency system rather than replacing it.

CBDCs can offer individuals, families and companies an alternative payment method which, due to its intrinsic characteristics, is convenient, fast and secure. CBDCs can, for example, allow people to send money online without a bank account, expanding access to the financial system. 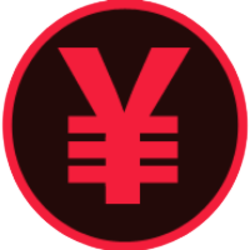 Currently, a concrete example of CBDC comes from China, where the government has created a digital yuan known as eCNY. This monetary form has been tested as a pilot project since 2019 and was first used at the 2022 Beijing Winter Olympic Games. The Chinese government is reportedly working with large international companies such as McDonald’s, Visa and Nike. to expand the use and adoption of eCNY. Open the doors to digital innovation! Participate in MADE IN DIGItaly So, in order to use a CBDC you need to have a compatible digital wallet to send, receive and store your digital currency. For example, if you want to transfer funds in the form of CBDC you need to: access your digital wallet: if you use a hardware wallet, you will have to connect the wallet to the Internet. initiate a transfer of funds by signing the transaction with your private key; wait for the processing of the transaction on the underlying DLT (validation, update of the distributed ledger…). Video: e-CNY

What are the benefits and risks of CBDC?

As an investor and user, it is questionable whether and how central bank digital currencies can enter your investment portfolio. It is always good to remember that a CBDC is equivalent to the national currency that circulates as a “fiat” currency. For example, if the currency of a country suffers inflation, the digital currency issued by the same government will also reduce its value. If you want to invest in digital assets that have the potential for price appreciation, other cryptocurrencies could certainly be better performing but certainly riskier choices. Trying to summarize what may be the advantages and disadvantages of central bank digital currencies, it is possible to indicate among the advantages: government management and protection: CBDCs are fully supported and guaranteed by the governments that develop them. possibility of direct transfers between two or more parties: CBDC users can transfer funds directly without the need for intermediaries As for the cons: no opportunity for price appreciation: many investors are attracted to digital currencies due to the expectation that the activities acquire value over time. CBDCs, as mentioned above, have a stable value anchored to the national currency. a digital wallet is required for the safe custody of private keys. 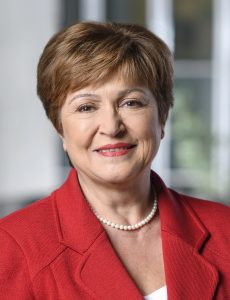 Kristalina Georgieva, Chief Operating Officer of the IMF To try to give due credit to the digital currencies of central banks, it is possible to take a Kristalina Georgievaoperational director of the International Monetary Fund who in a speech published on the official website of the Fund makes a precise analysis on CBDCs.
1. Each currency must conform to its context
There is no universal case for CBDCs because every economy is different. In some cases, a CBDC can be an important path to financial inclusion, for example, where geography is an obstacle to physical banking. In others, a CBDC could provide essential backup should other payment instruments fail. One such case was when the Central Bank of the Eastern Caribbean extended its CBDC pilot to areas affected by a volcanic eruption last year. Therefore, central banks should adapt the plans to their specific circumstances and needs.
2. Financial stability and privacy concerns are key to the design of CBDCs
Central banks must commit to minimizing the impact of CBDCs on financial intermediation and lending. This is very important for the dynamics of the economy to function smoothly. CBDCs are non-interest bearing and inflation-prone currencies, which makes a CBDC useful, but not as attractive as a savings vehicle like traditional bank deposits. Currently, active CBDC projects such as the Bahamas, China and the Eastern Caribbean Currency Union have placed limits on CBDC holdings to prevent sudden outflows of bank deposits to CBDC. CBDC’s holding limits also help satisfy people’s desire for privacy while protecting against illicit financial flows. In many countries, privacy concerns are a potential problem when it comes to legislation and adoption of the CBDC and it is crucial to be able to find the right compromise.
3. The balance
The introduction of a CBDC means finding the delicate balance between developments on the functional front and on the monetary policy front of each country. It is a process that requires time and resources and continuous learning. In many cases, this will require close partnerships with private companies to successfully deploy CBDCs, create e-wallets, add features, and push the limits of technology. Similarly, political aspects are also fundamental, including the development of new legal frameworks, new regulations and new jurisprudence. On both fronts, a CBDC also requires prudent planning to meet policy goals such as financial inclusion and avoid undesirable spillovers such as sudden capital outflows that could undermine financial stability. The success of a CBDC, if and when issued, will depend on sufficient trust. And, in turn, any successful CBDC should continue to build trust in central banks. Countries are trying to preserve key aspects of their traditional monetary and financial systems while experimenting with new digital forms of money. In this new context, the IMF is supporting countries in their CBDC experiment, to understand the trade-offs of the big picture, to provide technical assistance and to act as a relay of learning and best practices among all 190 members. We are only at the beginning of a long monetary revolution. Bibliography https://edps.europa.eu/press-publications/publications/techsonar/central-bank-digital-currency_en https://www.ibf.org.sg/newsroom/Pages/ibfsg_stories_30.aspx

Digital wallets for cryptocurrencies: main characteristics, types and use