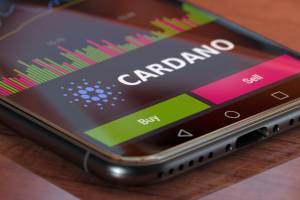 Over the past month, the Cardano cryptocurrency has overestimated by almost 20%, but since the end of March, the network has gained over 400 new projects and 100,000. new wallets. What’s more, the recently responsible company, InputOutput (IOHK), boasted that the network currently has almost 900 projects, and the platform itself creates a solid foundation for future development. So, despite the current declines, will Cardano be able to return above $ 1 and continue the gains from early April?

Cardano’s price fell below $ 1 on April 11 and is now continuing the sell-off at $ 0.8930
After a good start of the month, the cryptocurrency has returned to declines again and investors are worried that the structure of the network will prevent its further development
The platform is waiting for the June update of Vasil Hard Fork, which is to increase efficiency and improve the operation of smart contracts
The original article was prepared by Capital.com analysts, and all its content is available here

Cardano is a public and decentralized blockchain based on the proof-of-stake (PoS) mechanism that was launched in 2017 by Ethereum co-founder Charles Hoskinson after the latter left his former team as a result of disputes over the vision for the development of the ETH network. . Although the ADA history dates back to 2015, it was only 2021 that was the real breakthrough when the cryptocurrency reached its ATH of $ 3.10 in September. Despite the current declines, IOHK, the company responsible for Cardano, emphasizes that blockchain is dynamically developing new utilities, from simple token exchange to applications in the field of decentralized finance (DeFi), which will enable the platform’s further development.

Santiment, a company dealing with blockchain market research, claims that from the end of February 2022, the number of addresses with in the wallet from 10,000. up to 100,000 The ADA is growing rapidly. In addition, one of the areas of strong growth is currently the activity of cryptocurrency wallets on Cardano. Data from Cardano Blockchain Insights shows that since March 22, the number of ADA wallets has increased by 100,000, and now amounts to just over 3.268 million addresses. However, in the last 3 months, the number of whales, i.e. large investors with 100,000 or more. to 1 million ADA – fell from 37% to 17.7%, which had a significant impact on the cryptocurrency quotes. 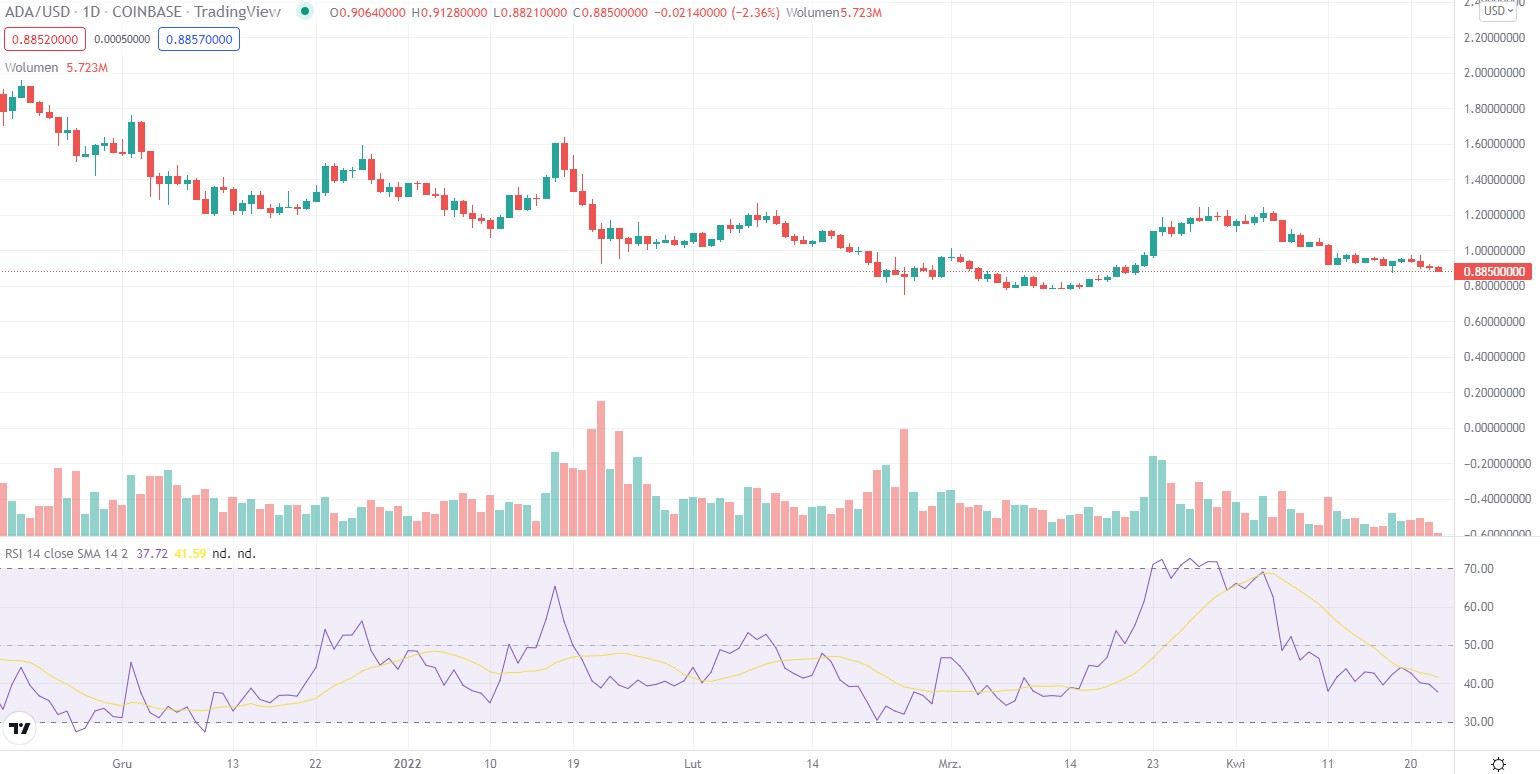 ADA / USD quotations as of 04/23/2022 From September 2021, the cryptocurrency is in a strong downward trend. The ADA began trading at $ 1.31 in 2022, rising to $ 1.63 on January 18. However, the asset failed to maintain profits and on February 24 (on the day of the Russian aggression against Ukraine) fell to USD 0.7528, testing the range of USD 0.70 that day, which was an almost 80% drop from the peaks from 6 months ago. A broad market rebound saw the coin hit $ 1.24 on April 4, where it is 23.6 Fibonacci retracements, but a week later another sell-off brought the ADA back below $ 1. Breaking the psychological barrier of USD 1 again could fuel the bulls, but it does not look like it in the short term.

The Cardano network is fighting for its position in the market of decentralized finance (DeFi) and according to the Monday IOHK entry, there are currently almost 900 projects being developed in the network, and only from March 11, about 400 projects have been added to the network.

As of today, nearly 900 projects are #BuildingOnCardano⚒️ And this number goes up day by day. Keeping track of all the news from this incredible ecosystem is not easy & this is why every week we compile an ecosystem digest with highlights & updates. 🧵⤵️#Cardano $ ADA
– Input Output (@InputOutputHK) April 18, 2022

One of the new projects that is in great demand is the AGIX ERC-20 Converter Bride, which was developed in collaboration with SingularityNET. The tool has been operational since the beginning of the week and allows users to migrate Ethereum-based ERC-20 tokens to the Cardano network. It is aimed mainly at the DeFi sector, the conquest of which is the current goal of the ADA. Despite the growing number of projects, however, the number of decentralized applications (DApps) running on the Cardano chain appears to be limited. The DefiLlam website notes that the current projects aren’t really big on momentum as 10 different platforms are worth just $ 224.96 in Total Blocked Value (TVL).

Nearly 900 projects are currently #BuildinOnCardano 🤯And this is just the beginning… Keeping track of all the news is quite the job and we’re still working on it. But we got you covered. In this thread, we look at the latest ecosystem updates 🧵 Let’s go! 👇#Cardano $ ADA pic.twitter.com/OSHbOIjFMq
– Input Output (@InputOutputHK) April 5, 2022

When it comes to non-transferable (NFT) tokens, Cardano is not even in the top 15 blockchains in terms of total sales volume, despite the fact that the 15th in Theta ranking generates around just $ 375 per day. Moreover, since the September ATH, related to the launch of smart contracts, Cardano has been systematically losing value. Although the network describes itself as a competitor to Ethereum, and even an “ETH killer” like Solana, Avalanche or Flow, these terms have no real coverage. The current price of the ADA token is just $ 0.8930, and the total cryptocurrency capitalization is just over $ 30 billion, which ranks it 9th among all cryptocurrencies by volume.

However, Charles Hoskinson, mentioned at the beginning, suggests that with the Vasil Hard Fork update coming in June, the ADA will face a huge increase in performance and smart contract capabilities, which should bolster the price of the token itself.

The DigitalCoin website forecasts that by 2030 the ADA price could average $ 4.33 and increase to $ 4.98 in 2031. Price Prediction has much more optimistic expectations, predicting that Cardano will grow to an average of $ 21.35 in 2030 and hit a $ 32.25 valuation a year later. Contrary to previous pages, CoinPriceForecast predicts a much slower pace of ADA growth, with an average valuation of $ 2.93 in 2030 and $ 3.54 by 2033. However, much of the cryptocurrency community looks to the future of Cardano with optimism. In January 2022, Ethereum co-founder Vitalik Buterin conducted a Twitter poll asking which currency, in addition to ETH, would you choose to transact in 2035. With over 600,000 42% of the votes were obtained by the ADA, followed by Bitcoin with 38.4% of the vote.

Poll for Ethereum community. You wake up in 2035, and 80% of all transactions + savings in the world are in one currency that is not ETH. Which would you prefer it to be? – vitalik.eth (@VitalikButerin) January 13, 2022

This means that expectations for the ADA until 2040 are optimistic, and the cryptocurrency itself may play an important role in the DeFi space. However, whatever the forecasts, it’s important to remember that cryptocurrency markets remain extremely volatile, making it difficult to accurately predict what a coin’s price will be over the course of a few hours, and even more difficult to make long-term estimates. Therefore, it should be borne in mind that analysts can be wrong in their forecasts. We recommend that you always do your own research and take the latest market trends, news, technical and fundamental analysis and expert opinions into account before making any investment decision. You should never invest more than you can afford to lose. The rest of the article can be found here OPEN AN ACCOUNT AT CAPITAL.COM AND TRADE IN CRYPTOCURRENCIES
The author also recommends:

Follow us on Google News. Search for what’s important and stay up to date with the market! Watch us >> 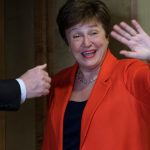 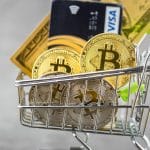 Next Article You can earn free cryptocurrencies with cards: detailed explanation

How to optimize and speed up a web browser

Every day we use our web browser, even if only a few times. Therefore, the last thing we want is for it to run slow […]

Blockchain is proving to have endless uses. It seems that everything fantasy that you might have about connecting people, documents, services and transactions can be […]

The solid union of football and cryptocurrencies: know where to buy FWC

The FWC is the symbol of a project called the Qatar 2022 Token whose popularity is skyrocketing as the World Cup approaches. 1 FWC might […]

Global cryptocurrency exchange KuCoin has released Into The Cryptoverse report dedicated to the adoption of cryptocurrencies and decentralized technologies across the Brazilian market. The report […]