Can Users Lose BRL 1 Trillion in Cryptocurrencies on Coinbase? Understand

Coinbase has released its Q1 2022 earnings report. Along with the weak results, the exchange has released a statement that has users on high alert. According to the document, users could lose access to their cryptocurrencies if the company goes bankrupt.

“Crypto assets held in custody can be considered the property of a bankrupt estate. As such, in the event of bankruptcy, these assets on behalf of our customers may be subject to bankruptcy proceedings and these customers may be treated as our creditors,” the company said.

According to the quarterly report, Coinbase has around $256 billion in custody between cryptocurrencies and fiat currency. That is, more than R$1 trillion could be absorbed by the exchange. But what could trigger this process of losing cryptocurrencies? To understand this, it is first necessary to know the concept of bail-in and why cryptocurrencies on an exchange are not owned by customers.

The term bail in does not have a translation into Portuguese, although it can be understood as “internal bankruptcy”. In this model, the company declares bankruptcy and takes stock of all its debts. Then, part of the debts is passed on to the institution’s creditors. In the case of Coinbase, for example, each person who deposits dollars and cryptocurrencies there becomes a creditor of the institution. Bitcoin (BTC) and other coins are in the custody of the company, which promises to deliver them to users when they request a withdrawal. However, the exchange needs to maintain these reserves to guarantee the promise of this payment. If the company goes bankrupt, however, these cryptocurrencies can be merged into its balance sheet and used to pay off debt. In short, they become Coinbase assets and are used to aid in the recovery of the company. In the event of a bail-in, the bankrupt company gains an extra breath and recovers. However, creditors will have to bear the losses, running out of their money. Bail in is usually a mechanism used by companies considered “too big to fail”. Several banks and companies were saved during the 2008 crisis through this mechanism. Unlike traditional investments, exchange clients are not protected by special funds. Many accounts in the United States are insured by the Federal Deposit Insurance Corp (FDIC) for up to $250,000 per account if the bank fails. In Brazil there is the Credit Guarantee Fund (FGC), which offers similar protection.

Naturally, the statement had a huge impact on the market, especially on the company’s shares. After the report came out, the company’s shares plunged more than 26% and closed Wednesday’s trading session at $53.72. Since its IPO, the shares have dropped 81%. Because of the backlash, Coinbase had to deny the claim and reassure users. According to CEO Brian Armstrong, customer funds are safe. Armstrong also apologized for not being more direct in communicating this risk when it was added.

“This disclosure makes sense because these legal protections have not been tested in court specifically for cryptocurrency assets. It is possible, though unlikely, that a court will decide to consider the client’s assets as part of the company in bankruptcy proceedings, even if they harm consumers,” Armstrong said.

Also read: Nubank will offer cryptocurrency services and will allocate 1% of its cash in Bitcoin shit. Another stablecoin loses parity with the dollar. Check the price of cryptocurrencies today Previous Article Entertainment games for this 2022 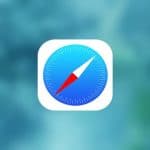 How to add and play with friends in Clash Royale

How to delete messages and history in Telegram?

Over the weeks and months, we are creating a message history in Telegram, which will allow if someone hacks our account, they will be able […]

We analyzed my own Personal Brand campaign and everything I got

What would you think if I told you “I’m not a plant”, at least it would be something strange and it would arouse some curiosity. […]