According to Osório, the tournament will feature four teams with five players each. This organization follows the Valorant format, which allows teams of five members. The four teams selected were the following: Shibentos – Captain: Rakaz; Tricksters – Captain: T1000_Immortal; Keep Hashing – Captain: K1kOo7; Sons of Satoshi – Captain: Peter Flag. In addition to the five starters, each team will also have some reserves that will eventually be able to enter. Each match has an estimated duration of up to 40 minutes and the estimate is that it will last until 18:00. Osório and his wife and partner Miriam Oshiro will broadcast the game. The keys were drawn on Friday (11) and the keys drawn were as follows:

Through the DAO, all the participants of the Bloco community decided on the format of the championship, the dates and also the inscriptions. This DAO also manages Morning Crypto, a morning show conducted by Osório from Monday to Friday. According to Osório, who is a fan and player of Valorant, the tournament came about as a proposal to integrate the various members of the Bloco. He stated that many of the players did not even know each other before the proposal. As with everything within the community, the organization of the tournament took place through voting in the DAO. The members decided on the date, format, organization, among other details. In this sense, Osório points out that the objective of the competition has already been reached before its beginning.

“The intention was to put people who don’t know each other to play a competitive team game. In this sense, expectations were far exceeded and I hope it will be a moment of great entertainment and cooperation. There are people who have never played and have no experience in Valorant, so get ready for a good laugh. Whoever wins will be the least,” she said.

The four teams that face each other in two formats. First there will be double elimination matches, in which each pair will face each other only once. Winners qualify for one of the brackets, while losers face off in the second bracket. In the tournament finals, the format will change to a best of three matches. That is, the champion will be the one who gets two wins in this match. The winner will receive BRL 1,000, while the runner-up wins BRL 500. Prizes will be paid in BTC, but the tournament will have secondary prizes. A collection of Block NFTs will be distributed via an NFT airdrop. This distribution will also be made for the other players, while another NFT airdrop will reward those who watch the championship. The tokens are displayed in the Galeria do Bloco within the OpenSea platform, which already has 33 works. Finally, the tournament will have two more awards: MVP, for the best player in the tournament, and the Golden Knife award, for the player who kills the most enemies using only one knife.

CriptoFácil interviewed Kiko and Rakaz, captains of the Keep Hashing and Shibentos teams, respectively. Kiko highlighted his team’s preparation despite everyone’s day-to-day commitments, and showed confidence with his team’s victory. Rakaz said that Shibentos’ focus is on learning the basics of the game, especially for less experienced players. He highlighted that another objective is to help them get used to the FPS format. Finally, he gave a little provocation to both Osório and the opposing teams.

“Our main goal in the championship, and I can speak for everyone on the team, is to win to see Eddie open his heart and wear the Shiba shirt in Morning Crypto (laughs). I already want to thank the other teams for their participation and say that the NFT of the runners-up is pretty cool, it’s worth all the effort they’re putting in,” he said.

Kiko also highlighted the preparation of his team and working together. Both also praised the integration between the members of the Block with the tournament and gave the message: Keep Hashing is well prepared.

“For our performance in the tournament I’m betting a lot on our teamwork and I believe we can win the championship. The message for the other teams is that we are very well prepared and that to beat us, prepare for a long and well-played game”, he said.

Reinforcing: the tournament will be held on Sunday (13) and starts at 1 pm (Brasilia time). The broadcast will be held on Osório’s Twitch channel. Also Read: The Sandbox Launches Collection Of NFTs To Celebrate 40 Years Of The Care Bears Read Also: Craig Wright To Pay $43 Million For Illegal Seizure Of Intellectual Property 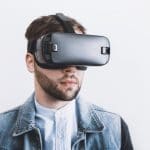 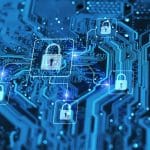 How to use STAT to maximize your keywords?

Tier 2 season is coming. Optimism, a Layer 2 (L2) network designed to scale Ethereum by executing transactions off the main chain, is launching “Optimism […]

Fundstrat has published its 2020 outlook for the cryptocurrency market, and it is looking bullish for the bitcoin price. Thomas Lee, the co-founder of the […]

The U.K. High Court of Justice has demanded the closure of a cryptocurrency exchange, GPay, so that the interest of the general public can be […]