Non-fungible token (NFT) technology emerged in 2017 but has spent nearly three years out of the spotlight. In the meantime, virtually no new collection has had an impact beyond technology aficionados. However, this totally changed as of April 23, 2021. It was on that date that the most famous of the current NFT collections came into the world: Bored Ape Yatch Club (BAYC). Created by Yuga Labs, the collection featured 10,000 images of monkeys with bored faces, each with unique attributes. For a long time – and still today – the BAYCs are treated with a certain disdain by many people. But the collection achieved an unprecedented feat, which was to push the boundaries of the blockchain. Monkeys came to be adored and bought by big names from music to football. Today, BAYC is a billionaire collection that has made its buyers wealthy people and members of a select club. See how this story started and what the next steps will be.

Last Saturday (23), BAYC’s first anniversary was celebrated, marking the exact date of its release. NFT owners of the collection like Chris Jourdan, aka Captain Zwingli, spoke about how the collection helped propel “the web3 space forward” and became “a cultural phenomenon”. And indeed it did – on a scale that no other collection has ever achieved before, nor before. In April 2021, Yuga Labs released BAYC as a collection of 10,000 NFTs. Unlike other NFT projects, the monkeys have already arrived with a different proposal. Each user who participated in the public mint paid a fixed price of 0.08 Ether (ETH) for each Ape. According to Jourdan, the decision of the founders of BAYC was a hit point, as it served to adopt a fair and uniform distribution. This gave more investors access to BAYC, which contributed to their success. As an example, 0.08 ETH in April 2021 corresponded to around BRL 969.28. That is, a value that many people were able to afford. The fixed-price model was so successful that it is still adopted today by the new NFT collections launched on the market.

All 10,000 Apes were revealed about a week after minting. With this, each investor can check which of the monkeys has been assigned to him. The BAYC minting process was divided into two stages. In the first, 30 monkeys were minted and distributed to founders and other active members of the ecosystem. On Monday, the remaining 9,970 were released to users on April 23, 2021. A week later, on April 30, BAYC was already trading for around 0.16 ETH in secondary sales. Whoever carried out this operation pocketed twice the amount originally invested. That’s when the BAYC collection started to gain interest from cryptocurrency investors, and prices soared in the months that followed.

From stones to laurels

In retrospect, whoever acquired BAYC in the beginning is seen as a visionary. But the truth is that owning the monkeys was a real test of patience. At various times, the minimum price of the collection dropped by about 40% in relation to the minting price. Because of this, some NFTs even got a real promotion. At one point, the cheapest NFT was trading around 0.03 ETH, around BRL 363. Given today’s prices, a real bargain. A year later, the cheapest BAYC in the collection costs 147 ETH, which corresponds to BRL 2.1 million. In other words, the cheapest BAYC in the collection closed its first year with an appreciation of an impressive 216,655%. Brazilian player Neymar, for example, bought two BAYCs in January and then another one in April 2022. Singer Madonna and rapper Eminem also joined the club this year.

In just over a year, BAYC is no longer a collection just for NFTs. Several exclusive events have already been held, as well as the launch of a cryptocurrency, ApeCoin (APE), distributed among the owners of the NFTs. To celebrate the one-year anniversary, Yuga Labs has revealed what will be a complete metaverse inspired by the collection. Titled Otherside, the project will be launched on the 30th. APE will be the official cryptocurrency used as payment within the network. As a result of the launches, the APE operates up 7% this Monday (25), quoted at R$ 87.11. The minimum price of BAYC reached a new record, being traded at 147 ETH, or around BRL 2.1 million in reais. Previous Article How to compress images in Windows 10/11? 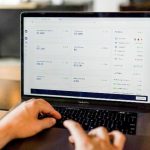 Next Article 11 ways to attract traffic to a web page