Blockstream, Tesla and Block partner to use clean energy in Bitcoin mining

Bitcoin 2022 also received important announcements in terms of clean mining. This Friday (8), the two main ones came from Blockstream and Canaan Mining. Both companies revealed projects to use clean energy in Bitcoin (BTC) mining. The first to introduce himself was Adam Back, CEO of Blockstream, member of the “cypherpunk” and one of the candidates for Satoshi Nakamoto. In a quick talk at the Mining Stage, Back announced a partnership between Blockstream and two more companies: Block and Tesla. Then it was the turn of Edward Lu, senior vice president of Canaan, who demystified several legends about BTC mining. At the same time, Lu revealed the new mining model launched by Canaan, Avalon 1266. According to Back, Blockstream and Block intend to innovate in BTC mining. In this sense, the companies began to set up a mining operation powered by solar energy and battery. The new mining plant will be based in Texas, the state that concentrates the largest BTC mining activity in the United States. The site will be fully supplied with solar energy, and will also have special storage batteries. In this sense, mining will both generate solar energy and store it, which will guarantee an energy reserve. Therefore, the farm will not need to depend on the constant presence of the Sun to have energy. For this, the companies will use Tesla’s storage batteries, the Powerwall. These batteries serve to create a stock of both solar energy and energy generated by the grid. According to Back, Blockstream’s operation already has 80% emission without a carbon footprint. With the new projects, the trend is for the number to grow even more. After Back’s talk, it was Edward Lu’s turn to perform at the Mining Stage. The Canaan executive started by talking about clean energy in BTC mining. According to Lu, the practice has the potential to change the course of the lives of millions of people. For example, Lu cited that BTC machines can be used in hydropower and even oil and gas fields. In both cases, the practice will take advantage of energy that has already been generated in these modes, but that would be wasted by the network. Therefore, BTC would be able to both reduce its carbon footprint and reuse the surplus energy. Next, Lu introduced the Avalon 1266, Canaan’s new mining machine. The device has nothing to do with clean mining, but it is Canaan’s first machine that has achieved a rate of 100 terahashes per second (TH/s). Finally, the vice president announced a partnership between Canaan and a European company focused on Bitcoin mining focused on solar energy. In this way, the miner intends to follow in the same footsteps as Blockstream and bet on clean mining.

“Most of the machines in their mining operations are powered by solar panels, and this type of technique will be the future and the key to clean mining.”

Also read: DEFY blockchain game, wants to overcome STEPN and be the new market pump Read also: WAVES drops 50% in a week and could drop another 30%, says analyst $6,000, according to Bloomberg assessment 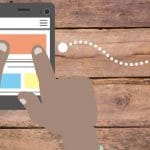 Bitcoin and the general cryptocurrency market have diverged from traditional markets to post handsome gains over the past 24 hours. Bitcoin Rise by $500 in […]

Worth even memecoin: Ukraine now accepts Dogecoin and asks Elon Musk for donations

After announcing the acceptance of donations in Bitcoin (BTC), Ethereum (ETH), Tether (USDT) and Polkadot (DOT), the Ukrainian government opened a wallet to receive donations […]