Bitso, a cryptocurrency exchange based in Mexico and operating in Brazil, which sponsors the São Paulo football team, announced a promotional action in which it will distribute BRL 50 vouchers for the purchase of Bitcoin (BTC) or other cryptocurrencies on its platform. . The marketing action will be carried out during the classic of São Paulo against Palmeiras next Thursday (10). The game, valid for the São Paulo championship, will take place at the Morumbi stadium, at 8:30 pm (Brasília time).

Bitso will give BRL 50 in cryptocurrencies

Currently, Bitso stamps its brand on the sleeves of the São Paulo uniform. In the action, according to Gazeta Esportiva, a QR Code will be displayed that will lead to the platform page. Whoever scans the code can win the R$ 50 for the purchase of a crypto asset at Bitso. The code will also be displayed on the screen of the broadcaster that broadcasts the game, as well as on the stadium screens. The idea is that São Paulo fans, present at the game, have more chances of being awarded. According to Bitso, the promotion will only be valid while the game is running. To win the prize, you need to follow a step-by-step guide available on the platform page, including a registration form. Then, the BRL 50 will be deposited into the user’s exchange account.

As Antonio Mota, Marketing Director at Bitso in Brazil, highlighted, cryptocurrencies have the power to promote financial inclusion and football can facilitate this process: “Here at Bitso, we believe in the immense power that cryptocurrencies have to help with financial inclusion to citizens. Therefore, we see in football – one of the great passions of Brazilians – the chance to bring more and more people closer to the crypto universe, which is full of opportunities.” As reported by CriptoFácil, at the end of last year Bitso announced a millionaire sponsorship with São Paulo. The agreement is valid for three years and Bitso will pay BRL 13.5 million per year to São Paulo. Thus, the total amount will be around R$ 40.5 million. According to the company’s director, the partnership with the club goes far beyond a stamp of the brand on the team’s shirt: “We want to create possibilities to interact with fans, seeking to strengthen the ties between Bitso and football fans and make cryptocurrencies each increasingly useful in everyone’s daily lives”, he added.

Mota cited, for example, the possibility for club fans to purchase their tickets for matches with Bitcoin. In addition, he did not rule out the possibility of the exchange buying Morumbi’s naming rights. The possibility is well regarded by the executives of São Paulo: “This is a relationship. Naturally we have the right sector, taking a test drive. It would be a dream to have our stadium named after a brand with the size of Bitso”, said São Paulo’s marketing director, Eduardo Toni, during the presentation of the new sponsor in January. Read also: Ethereum rates drop 90% and reach lowest value in six months Read also: Binance prepares for purchases and will acquire e-commerce and gaming companies Read also: Bitcoin appreciates 8% and returns to US$ 42,000 after Biden executive order leak 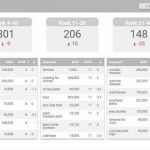 Previous Article How to use STAT to maximize your keywords? 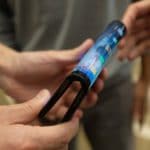 Next Article This is Android 12L, designed for folding mobiles

Bitcoin Satoshi Vision (Bitcoin SV) is one of the newest cryptos in the cryptocurrency market, and up until recently has ridden the coattails of competitor […]