Bitcoin’s Fall Should Not Stop in the Short Term, Expert Predicts

This Thursday (12) Bitcoin (BTC) continued to lose its value, dragging the entire cryptocurrency market with it. In the last 24 hours, BTC has traded at $26,700 on some exchanges such as Binance and OKX. In the same vein, Ethereum (ETH) plummeted to $1,800 before rebounding to $1,952. According to Coinglass, in the last 24 hours, the total number of liquidations was $1.28 billion. The global cryptocurrency market cap is down 15.33% in the last day to $1.19 trillion. In this context, cryptocurrency analyst Ali Martinez said that a more negative move could be on the horizon. That’s because BTC has broken a historic trendline that could see prices drop 40.59% to $20,000 and even below this mark. Additionally, Thursday’s drop appears to have triggered a higher number of buys, with the top eight exchanges by traded volume showing a significant rate of buys in their order books. Currently, the weighted percentage of purchases across all cryptocurrency exchanges is 64.63%. BitMEX leads with 83.7%. Then comes OKX with 75.35% and then Deribit at 72.7%. Meanwhile, among the cryptocurrencies that have plummeted, in addition to Terra (Luna) which lost 99.9% of its value, the most affected protocols include AAVE, which lost $64.3 million; Venus, which lost $38.19 million; and Compound, which lost US$ 13.02 million.

“There is pressure to exit stablecoins now because they are concerned about the risk illustrated in the UST. This event is probably the most destructive in cryptocurrency history, with probably around $30 billion wiped out in seconds,” said Frank Chapparo, news director at The Block.

The UST was delinked from the dollar for the first time last weekend. This came after the stablecoin dropped below $0.98 and prompted emergency action by the Luna Foundation to prop up the price of the stablecoin. But the recovery did not work out and the stablecoin dropped to $0.225 on Wednesday. Although it recovered to $0.48, it then dropped again, showing high volatility so far. LUNA, the native token of the Terra blockchain, which hit a high of $120 in early April, was hit hard. The cryptocurrency dropped over 99.9% to trade at $0.01. But stablecoin FUD (Fear, Uncertainty and Doubt) continues to spread as traders divest their holdings in search of safety nets, fearing that the UST situation could happen to other stablecoins Justin Sun expressed fears that the TRX became the next target. Thus, he launched a plan to cushion the recently released USDD stablecoin that mimics the UST.

“The short TRX funding rate on Binance is over 100% APR. It looks like TRX is the next target after LUNA. The TRON DAO Reserve will deploy $2 billion to fight them,” Sun tweeted Wednesday. 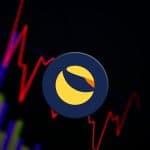 Previous Article UST disaster pulls Terra (LUNA) from $80 to $0.024 in one week: where to buy LUNA

Next Article Do programming languages ​​have a good job prospect?

Popular analyst Willy Woo said that Ethereum (ETH) encourages innovation despite the number of scams on the network. In a new interview, Woo said that […]

The crypto community had lots to celebrate after the bitcoin price surpassed the $10,000 mark over the weekend for the first time since October 2019. […]

Survey: 63% of Brazilians want to make payments with cryptocurrencies in their stores

A recent survey by CoinsPaid, a company that processes cryptocurrency payments, gathered 1,506 people in Argentina, Colombia and Brazil. According to the results, 36.3% of […]