Bitcoin returns to $38,000 and cryptocurrency market enters the red. DeFi token rises another 5% and attracts investors

Wednesday (27) started with the cryptocurrency market in the red again. By 9am, all the major cryptocurrencies including Bitcoin, Ethereum, Terra and Dogecoin on the market were down. The top cryptocurrency on the market has returned to the $38K level. According to CoinGecko, Bitcoin is down 4% since yesterday afternoon. The current BTC price is $38,914 and the trend is down for the day. Ethereum, the second largest market cap, has dropped 4.2% in the last 24 hours. The current price of ETH is $2,878. Also according to CoinGecko, other cryptocurrencies also went into the red. Dogecoin, for example, lost all the bullish it gained after Elon Musk’s purchase of Twitter. DOGE’s loss reached 12% this morning with an even greater downward trend. Additionally, the Solana and Avalanche coins saw slighter declines of around 1.5% each. BNB is down 2.6% in 24 hours. XRP, Terra and Polkadot had sharper drops, between 5% and 7%. Among the DeFi coins, only one triumphed. Ape Coin, a token originated from the collection of NFT Bored Ape, is up 5.5% in 24 hours. The current price of the APE token is $18.95. The global cryptocurrency market cap is down 5.64% in the last day to $1.76 trillion. Additionally, total cryptocurrency market volume over the past 24 hours dropped 3.16% to $94.95 billion. Total DeFi volume was $11.41 billion, 12.01% of the total 24-hour cryptocurrency market volume. The volume of all stablecoins stood at $80.22 billion, which represents 84.50% of the total 24-hour volume of the cryptocurrency market.

Cryptocurrencies in the world

Retirement giant Fidelity said it has launched a way for workers to put some of their savings and contributions directly into Bitcoin. The initial bid is up to 20%, all in the accounts investment options main menu. Fidelity said it is the first in the industry to allow such investments without having to go through a separate brokerage window, and has already hired an employer who will add the offer to its plan later this year. In March, the US warned the retirement industry to exercise extreme caution when doing something like this, highlighting how inexperienced investors might not appreciate just how volatile cryptocurrencies can be, among other concerns. On the corporate side, digital banking platform Revolut is working on expanding into decentralized cryptocurrency wallets and is also looking into the mortgage sector, its CEO said, as the London-based company advances its strategy to become a so-called “superapp”. ”. , reported Reuters. Revolut, which currently offers payments services, cryptocurrency trading, savings accounts and stock trading, is focused in the short term on expanding its remittance offerings and launching a buy now, pay later product. But the fintech company has more work to do to become a one-stop shop for financial services, said CEO Nik Storonsky. Also Read: Will Ethereum Price Rise To $3,700? These Whales Believe So Read Also: Fort Worth, Texas Becomes First US Government To Mine Bitcoin Also Read: Ethereum About To Overtake Bitcoin

Previous Article Conotoxia Holding: 2021 was the best year in history for Cinkciarz.pl and other companies from the group 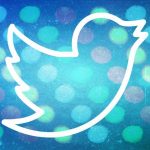 Next Article 9 alternatives to Twitter if you want to leave

The ruble collapsed, the dollar strongly up – the FX market’s reaction to the Russian invasion

The dollar appreciated after Russian troops invaded eastern Ukraine this morning. In a televised speech, the President of Russia, Vladimir Putin, announced […]

Bitcoin is still eagerly accumulated by HODLs. BTC is waiting for a repeat from 2019?

In a recent on-chain bitcoin (BTC) analysis, we showed that while short-term holders do exert sales pressure, their market share is declining. […]

Bitcoin managed to rally above the key $7,500 level overnight, as the technical signs aligned and market bulls enjoyed their “I told you so” moment. […]

How to unlock your iPhone with iCloud

Can an iCloud locked iPhone be unlocked? Without further ado: the answer is yes, and in this article we are going to explain how to […]