Bitcoin or Gold to protect against inflation? With this new exchange product, you don’t have to choose

One of the most common debates currently taking place in the economic sphere is what constitutes the best inflation hedge. You know, because a piece of KitKat almost costs more today than a two-bed apartment did five years ago. Old-school investors still argue that gold is the best hedge, which is traditionally the best way to protect against currency devaluation. After all, shiny metal has been a part of almost every human culture throughout history. It has stood the test of time. However, their returns since rising after the GFC have been weak, to say the least – just 21% over the past ten years.

The most irreverent investors think there’s a new kid on the block, first name Bit, second name Coin. Is Bitcoin Digital Gold? Is it a store of value superior to the master that is gold? The bulls argue that Bitcoin’s (outrageous) gold performance over the past decade highlights its superiority. Then again, amidst the highest inflation environment in recent memory, gold is up 3% year-to-date while Bitcoin is down 17%. So what gives?

Well, the good news is that, as a wise politician, we can sit on the fence. Because today a new exchange-traded product was launched on the Swiss SIX Stock Exchange, which combines Bitcoin and Gold. It is the world’s first combined gold/bitcoin exchange-traded product and was developed by crypto ETF provider 21Shares in partnership with crypto data provider ByteTree Asset Management. Even the symbol is a combination of the two assets – BOLD. The issuing companies stated that the ETP will provide “protection against inflation, providing an optimal risk-adjusted exposure for bitcoin and gold.” What is this collapse? It is 81.5% gold and 18.5% Bitcoin, and “will rebalance monthly according to each asset’s historical inverse volatility.” “BOLD seeks to eliminate the hassle of personally managing both assets while imposing a disciplined process when it comes to delivering higher risk-adjusted returns,” said 21Shares CEO Hany Rashwan.

It’s an interesting concept. Of course, investors can simply invest in gold and Bitcoin in the desired proportions, but this is the case for most ETPs. It offers easy automated exposure for both assets, and the risk-weighted adjustment is a nice feature. It can also make it easier for certain institutions to gain exposure to Bitcoin, as regulatory barriers to cryptocurrency remain in place for various entities. Novice investors can turn to assets outside the traditional stock/bond realm, which are being hammered amidst the high inflation environment. Usually negatively correlated, stocks and bonds have suffered recently, which has been the case throughout history, when inflation soars beyond manageable levels. With a large portion of investors still intimidated by Bitcoin and hesitant to fully embrace its volatile nature, the BOLD ETP is a good way to gain exposure to Bitcoin in a moderate capacity. With its high risk/return profile combined with gold’s more conservative price action, it’s no surprise that 21Shares chose to launch the product – which equates to the 30th digital asset ETP the innovative company has brought to market. 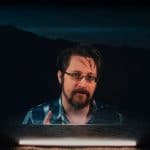 All streaming platforms available in Spain

Every day there are more streaming platforms on the market. Each of them offer a wide variety of content such as series, movies, live programs, […]

5 facts that could impact the price of Bitcoin this week

Bitcoin started this week stumbling and struggling to hold above $40,000. After a drop of nearly 5% in the last 24 hours, BTC is currently […]

Bitcoin SV, which is now the No. 5 cryptocurrency based on market cap, has taken investors on a wild roller coaster ride of late. The […]

Binance has revealed that it has added Bitcoin Cash to its lending platform, as the competition in the cryptocurrency lending sector increases. Users Can Now […]