Exchange Mercado Bitcoin is among the nine companies selected in the Lift Challenge, a program of the Central Bank of Brazil (Bacen) that coordinates the creation of the digital real. According to the website, Mercado Bitcoin joins platforms such as AAVE and the banks Itaú and Santander. The program brought together 47 projects from seven different countries. In addition to Brazil, companies from Germany, the United States, Israel, Mexico, Portugal, the United Kingdom and Sweden participated. As a result, the nine selected will compose different areas in the elaboration of the digital version of the Brazilian currency. This selection is part of the first tests of the digital real that, according to the president of Bacen Roberto Campos Neto, will begin in 2022. The tests will eventually be open to the population until 2023.

The selected projects will work in the areas of delivery versus payment (DvP), payment versus payment (PvP), internet of things (IoT) and decentralized finance (DeFi) applications. They will also provide solutions for the digital real to work without an internet connection. Check below the list of the nine projects selected, as well as the characteristics and areas in which each one can act: Aave: gathers resources from several savers (forming a liquidity pool) with a focus on offering loans, using DeFi tools; Banco Santander Brasil: deals with DvP and conversion to digital format (tokenization) of vehicle and property rights; Febraban: DvP of financial assets; Giesecke + Devrient: deals with dual offline payments, ie without an Internet connection; Itaú Unibanco: international payments, using the PvP method in an application with Colombia; Bitcoin Market: deals with digital asset DvP, with a focus on crypto assets; Tecban: e-commerce logistics solution based on IoT techniques; VERT: rural financing based on a programmable tokenized asset with a value linked to the Real (Real’s stablecoin); Visa do Brasil (associated with ConsenSys and Microsoft): financing of small and medium-sized companies based on a DeFi solution.

In short, Real Digital encompasses a range of new projects and utilities to develop a complete ecosystem. According to Ronaldo Faria, executive director of 2TM, the controlling group of Mercado Bitcoin, the exchange will act as the leader of this consortium.

“With this consortium led by the Bitcoin Market, it is possible to provide the new FMI Tech framework, making it possible to create a functional MVP for Real Digital,” he said.

In the startup world, MVP is the acronym for Minimum Viable Product, that is, the first version of some technology. In this way, the exchange will coordinate the creation of the digital currency prototypes, uniting the qualities of the other eight members. With experience in the asset tokenization part, the exchange is optimistic about the advancement of Real Digital.

“Exchange plays an essential role in creating a crypto and digital currency ecosystem, democratizing access to this new technology – Blockchain – and actively collaborating in the mass adoption and use of the new economy through digital assets,” added Faria. 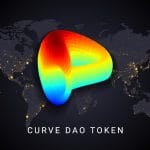 Previous Article As CVX gains continue, is it time to buy Convex Finance? 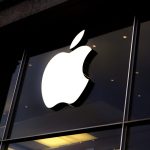 Banco Galicia releases the purchase of bitcoin and other cryptocurrencies

One of the largest private banks in Argentina, Banco Galicia, released the purchase of bitcoin and various cryptocurrencies for its customers starting this Monday (2). […]

The Environmental Impact of Cryptocurrency Mines

Cryptocurrencies have taken the world by storm, and almost everyone knows about these digital coins. Some of the names you have frequently heard include Bitcoin, […]

Many in the crypto community have been anxiously awaiting the elusive alt-season, and now one exchange is bringing alt-season to them. Popular U.S.-based cryptocurrency exchange […]