Bitcoin breaks another record amid cryptocurrency market recovery. The number of addresses holding Bitcoin has reached a record high of nearly 40 million addresses, IntoTheBlock reports in a tweet. For comparison, networks like Cardano have only 3.5 million addresses.

Bitcoin addresses with a balance reached a record of nearly 40 million.

Even as BTC has remained on a downwards trend in 2022, the network added a total of 888,000 new addresses with a balance. pic.twitter.com/QN4hL13sWH

Despite the negative performance in 2022, the number of addresses with a certain amount of BTC continues to grow, with 880K new wallets opened. The growth of the Bitcoin network has always been stable, with a strong spike only at the end of 2017.

The importance of network growth

Network growth is one of the most important metrics for any cryptocurrency. Although Bitcoin’s use case remains limited due to the absence of Ethereum-like smart contract technology, it still acts as a benchmark for novice merchants and retail institutions.

Similar to the era of pre-institutional adoption, Bitcoin has been used as an exchange currency similar to Tether and other stablecoins. Most of the trading volume was concentrated in BTC pairs in contrast to modern regular or perpetual futures that absorb the bulk of new funds entering the market.

As mentioned above, Bitcoin got off to a rocky start in 2022 and is already down roughly 20% since the beginning of the year. The traditional financial markets also experienced one of the worst starts in their history, with the S&P500 losing 12.5% ​​since January 1.

At press time, Bitcoin is trading in the wide range formed in February and a lack of purchasing power and uncertainty for most investors currently prevents Bitcoin from breaking out of the range.

Disclaimer: The content and links provided in this article are for informational purposes only. islaBit does not offer legal, financial or investment recommendations or advice, nor does it replace the due diligence of each interested party. islaBit does not endorse any investment offer or the like promoted here. 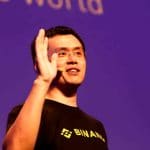 Previous Article From McDonald’s Clerk to One of the Richest in the World, Binance’s CZ Story 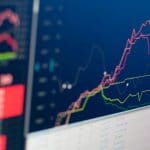 Cryptocurrency market has been acting in recent months with no defined direction, in a box formation. A lot of caution for this moment is what […]

Outer Ring MMO has completed its fourth investment round by raising 1.6 million USDT in a record Dex IPO. Its token, GQ, took off after […]

Where to buy Solana: SOL sets new all-time high by 20%

Solana’s 1-year earnings are now over 2200% as the psychological $100 price point comes to light. Solana continues to perform exceptionally well at the end […]

Over the past year, lawmakers and regulators have been quick to jump into the Facebook Libra media fracas. Facebook introduced its Libra Project a plan […]