Bitcoin and cryptocurrency collapse: this is why they reset the earnings of 2021 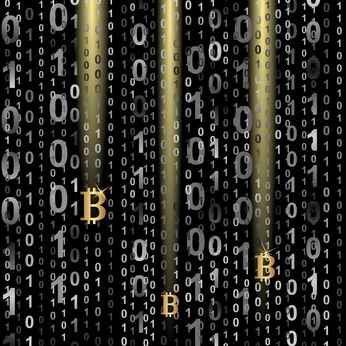 Bitcoin plunged from $ 69,000 in November to less than $ 27,000 on Thursday, May 12, when it burned a further 6% in the early hours of the day. The vertical fall of the stablecoin was driving the downside Terra USD, in addition to the Fed’s monetary tightening and Coinbase’s weakness. Stablecoins, which offer themselves as the most reliable medium of exchange, are typically linked to a stable asset such as the US dollar and are not meant to fluctuate in value. Many traders use them to buy other cryptocurrencies. TerraUSD had the backing of credible venture capital firms, including Arrington Capital and Lightspeed Venture Partners, which invested tens of millions of dollars to fund cryptocurrency projects based on this coin. This has given “a false sense of security to people who otherwise would not have been aware of these things,” said Kathleen Breitman, one of the founders of Tezos, a cryptocurrency platform. But TerraUSD was not backed by cash or other traditional assets. Conversely, its supposed stability stemmed from algorithms that linked its value to a sister cryptocurrency called Luna. Luna has lost almost all of her worth this week. This immediately had a ripple effect on TerraUSD, which fell to a low of 23 cents on Wednesday. As investors panicked, Tether, the most popular of the stablecoins and one of the cornerstones of cryptocurrency trading, also faltered from its $ 1 value. Tether fell as low as $ 0.95 before recovering. (Tether is backed by cash and other traditional assets). The stages of mining: setting a goal and cryptocurrency. Find out more According to Bloomberg, stablecoins are worth $ 180 billion and play an important role in the crypto market, intercepting traders engaged in parking funds by moving from one token to another. Thus, stablecoins are facing an endurance test for the entire digital ecosystem.

“In 2021 the cryptocurrency market is highly volatile”, as Valeria Portale, director of the Innovative Payments Observatory and the Blockchain & Distributed Ledger Observatory of the Politecnico di Milano, had already illustrated. At the beginning of 2021, the rise of Bitcoins took place, and then entered a phase of slight decline. In mid-March, from the listing of Coinbase on the stock exchange to Elon Musk’s 1.5 billion investment in cryptocurrencies, we observed a phase characterized by very high volatility.

The role of Bitcoin in history

“Bitcoin is for the first time in history a digital asset that is transferable but not duplicable, therefore scarce,” he comments Ferdinando Ametrano, CEO of CheckSig, a startup that offers bitcoin and crypto solutions for private and institutional investors. “Its scarcity”, continues Ametrano, “refers to the scarcity of physical gold: if we reflect on the role of physical gold in the history of civilization, of money and finance, it becomes clear how disruptive digital gold can be in digital civilization. and in the future of money and finance “. However, the process is complex. “Obviously, the acceptance of bitcoin as digital gold is a controversial process and this is evident in the volatility of the price”, underlines the CEO of CheckSig, “the volatility is also accentuated by many investors who consider it instead a short-term speculative investment and therefore they sell in moments of tension ”, warns Ametrano. “This is why Bitcoin, in its 13-year history, has grown in leaps: ever higher price records follow significant ‘retracements’ that bring it back down, but still higher than the previous record. Over time we will see if it is really digital gold, in which case it is obviously still very undervalued ”, concludes Ametrano.

Cryptocurrencies in the war in Ukraine

The collapse of Bitcoin represents a “do not panic” phase as analysts and stock market operators say. The advent of NFTs also triggered a boom in 2021 and accompanied the rally over the past year. But since the beginning of 2022 we are in the process of rationalization. And it is not that after this hype there is a return to lower values: the average value of Bitcoins is in fact greatly increasing. Bitcoins still play an underrated role. We have experienced first hand its usefulness and also its resilience during these three months of war in Ukraine. In fact, the world of cryptocurrencies generously supported the donations that allowed the money to flow to Ukraine, while the local currency collapsed. Furthermore, Ukrainian DAO – the initiative of Pussy Riot, Trippy Labs and PleasrDao to raise funds through Ethereum NFT – ensured, in a more equitable and transparent way, that the money would arrive with certainty where it was supposed to go, unlike other donations that they could have dispersed, because only large organizations know how to be reliable and have the ability to deliver aid and funds in a targeted manner to Ukrainians at war.

Cryptocurrencies remain very high risk assets, they are highly volatile, therefore not suitable for small savers who generally do not like to speculate on the roller coaster. In early February, when Elon Musk’s Tesla invested $ 1.5 billion in cryptocurrencies, it effectively opened the door for cryptocurrency to be accepted as a means of payment. In those hours, the value of a bitcoin exceeded 38 thousand euros. In the early days of the Russian invasion, the Russians exchanged rubles for crypto, so much so that Bitcoin rose to $ 60,000, an increase of 20% in two days. Bitcoins were turning into a kind of safe haven. At this end of 2022, the President of the United States Biden issued an executive order asking for more regulation of this area but without precise restrictions. DIGITAL360 Semiannual 2022: discover all the news Administration / Finance / Control This collapse of Bitcoin and cryptocurrencies teaches that: we need a regulation that protects crypto holders from these events; it is better to listen to those who issue warnings, instead of ignoring them; the world of Bitcoin and cryptocurrencies is still undervalued.