After the City of Rio de Janeiro announced that, starting in 2023, it will accept cryptocurrencies as a payment method for taxes, Binance announced that it will open its office in the city. The announcement was made by the CEO and founder of the Changpeng Zhao exchange, CZ, on his Twitter account last Saturday (26). According to him, now that Mayor Eduardo Paes has done his part, Binance will do its part:

9 days ago, I made a handshake deal with mayor @eduardopaes. Rio De Janeiro will accept crypto for tax payments, and @Binance will open an office in Rio. He’s done his part of it. We are working on ours. https://t.co/HPJONtBfQ8 — CZ 🔶 Binance (@cz_binance) March 26, 2022

“9 days ago, I made a handshake agreement with Mayor Eduardo Paes. Rio de Janeiro will accept cryptocurrencies for tax payments and Binance will open an office in Rio. He’s already done his part. We are working on ours.”

As reported by CriptoFácil, the CEO of Binance was in the country in mid-March to participate in the Ethereum.Rio event. CZ took the opportunity to meet with national leaders, including the Central Bank’s regulatory director, Otávio Damaso; the mayor of Rio, Eduardo Paes; and the governor of São Paulo, João Dória. Eduardo Paes then gave CZ the “key to the city”, a kind of honorary citizenship granted to relevant people. While in Brazil, Binance’s CEO made it clear that the company intends to comply with Brazilian legislation. In addition, CZ informed that the company would open an office in the country to further expand its business in the region. However, he did not confirm at the time in which city the office would open. “Brazil is very important to us and we are at a turning point, from an unregulated to a regulated market. It is important to have face-to-face meetings to generate trust”, said CZ in an interview with O GLOBO. Now, it looks like CZ has already decided that Rio is the best place to host the Binance office. Sought by CriptoFácil, Binance reported that “CZ announced plans to contribute to the development of the blockchain and cryptocurrency ecosystem in Brazil on a visit to the country, the week of March 14, and that there is no additional information to the announcements made.” “During this visit, which extended to other Latin American countries, such as Colombia, Argentina, Uruguay and El Salvador, the executive participated in extensive discussions on the importance of regulation in the segment, the growing adoption of crypto and the need to expand the blockchain education worldwide,” Binance said in a note.

In recent months, Mayor Eduardo Paes has been announcing several initiatives to foster the crypto market in the city. In this way, he intends to attract business and investors to the city. This week, Paes confirmed that Cariocas will be able to use crypto to pay IPTU from 2023. In addition, the city intends to use NFTs to stimulate art, culture and tourism in the municipality. In January, when he first announced that Rio would accept Bitcoin for tax payments, Paes also said that the city would invest 1% of its Treasury in the cryptocurrency. This action, however, has not yet been officially implemented. Also read: Coinbase to buy Brazilian exchange Mercado Bitcoin Also read: Cryptocurrency market returns to $2 trillion with Bitcoin rally Read also: Rio will accept crypto to pay IPTU in 2023 and will use NFTs to stimulate art, culture and tourism 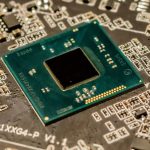 Previous Article What are integrated graphics? 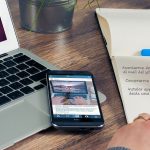 How to unlock your iPhone with iCloud

Can an iCloud locked iPhone be unlocked? Without further ado: the answer is yes, and in this article we are going to explain how to […]

Pix Saque and Pix Troco will be available from November 29, informs BC

The Central Bank of Brazil (BC) announced this Thursday (29) that the Pix Saque and Pix Troco services will be available from November 29th. The […]

In a letter to the European Commission, PayPal has confirmed that it is currently developing cryptocurrency capabilities. PayPal Working on Crypto Functions Online payment service […]

The author of Rich Dad Poor Dad has predicted that the price of Bitcoin could reach $75,000 over the next three years. Bitcoin Price to […]