Exchange Binance has announced that LUNA and UST trading will be suspended on the platform. The announcement took place this Friday (13), as announced on the company’s website. According to the announcement, the LUNA/BUSD and UST/BUSD trading pairs were suspended at 08:30 (UTC). As a result, users will no longer be able to buy or sell any of the tokens. The looting of LUNA and UST, which were suspended on Thursday (12), also did not resume. Another three pairs were also removed: BTC/UST, ETH/UST, BNB/UST.

“We continue to work with the project team to create a more stable environment for users and will keep the community updated accordingly,” Binance said.

Another fall led to suspension

As reported by CriptoFácil, the Terra blockchain had its transactions suspended to prevent a possible attack. The network has seen a sharp collapse in price and usability since the start of the week, which has led to billions of dollars in value loss. However, what motivated Binance’s decision was yet another drop of more than 90% in the price of LUNA, the fourth this week alone. The exchange had warned that if LUNA’s price dropped below $0.005, the cryptocurrency would be pulled from the platform. After the drop of the last 24 hours, a LUNA is worth $0.00003042. That is, 99.9% below the floor established by Binance. In just seven days, the cryptocurrency lost practically 100% of its value, after having started the period quoted at $80.

Should the price of the LUNA/USDT contracts go below 0.005 $USDT, # Binance shall proceed to delist the contracts. Any further information including the delisting time will be announced accordingly. — Binance (@binance) May 12, 2022

Before suspending spot market trading, Binance took a number of actions. On May 11, the exchange reduced the maximum leverage on Luna futures to 8x after seeing a massive wave of liquidations. The following day, the platform permanently suspended trading in cryptocurrency futures and loans.

CZ says he is “disappointed” with the Earth team

Shortly after the suspension of trading, Binance CEO Changpeng “CZ” Zhao took to Twitter to explain the situation. in a long series of messages, Zhao said he was “disappointed” with the way the team handled the situation. According to Zhao, flaws in the design of the Terra protocol led to the creation of new LUNA units. He didn’t say how much was created, but claimed it was an “exponential” amount. According to CriptoFácil, 25 billion new LUNAs were created. The move was part of one of the attempts to attack the protocol. Then the validators suspended their entire network, resulting in the suspension of transactions.

“Some of our users, unaware of the large amounts of Luna newly minted off the exchange, started buying Luna again. They didn’t understand that once deposits are allowed, the price is likely to drop even further. Due to these significant risks, we are suspicious of negotiations,” said CZ.

To give you an idea of ​​the level of the LUNA collapse, anyone who invested $100,000 in the cryptocurrency lost $99,500 in less than a week. Many investors have lost their lifetime savings and even their homes. The reports on the online forums are frightening. Faced with colossal losses, many investors are desperate and find themselves with no alternatives. This Reddit user reports the alleged suicide attempt of a friend who invested much of his portfolio in LUNA.

“My friend and former colleague (my manager for 15 years) tried to commit suicide this morning. He basically moved all of his savings to cryptocurrencies in 2021, and much of his portfolio contained LUNA. Just wanted to tell you guys – if you feel pain and you think your life is miserable with no money, you feel failure and stuff… just come to the people you love. Don’t be alone, this shit is getting serious. Don’t overestimate the value of money, life has a much higher value. I don’t usually write on Reddit, but I thought it was important to do so now. I wish you good luck”.

Also read: Tether CTO guarantees that USDT will not have the same fate as UST Read also: Analyst points out where the price of Bitcoin and Ethereum is going after market crash Read also: Bitcoin rises again and exceeds $ 30,000 support. Cryptocurrency rises 26% and DeFi token skyrockets 66% in a few hours 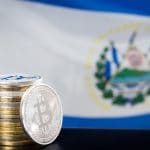 Previous Article El Salvador buys in the fall, in commitment to cryptocurrency Next Article Change the default search engine in Safari on Mac

During the event, users will also be able to secure a 5% bonus when purchasing ICOM iCommunity, a leading provider of Blockchain-as-a-service (Baas) solutions in […]