Binance launches NFTs during game between Palmeiras and Corinthians

The classic between Palmeiras x Corinthians, which took place on Thursday (17), had a special launch. For the first time in history, the NFTs for goals in a football match were released at the same time. Binance, master sponsor of Paulistão 2022, created non-fungible tokens (NFT) representing the goals of the match. These NFTs were released as teams scored their goals. With each goal scored, an NFT showing the goal move was released. The match was broadcast by Paulistão Play, Premiere and was open on Paulistão’s YouTube channel. That is, fans were also able to watch the game for free. As a result, the broadcast was viewed by over 11 million people live. With this, fans were able to acquire the NFTs first hand even before the match ended. The game was won by Palmeiras by 2 to 1, that is, the three goals will be transformed into NFTs.

All tokens were included in Binance’s NFTs Marketplace individually and uniquely. To acquire the NFTs, the fan will need to buy BUSD, Binance’s dollar-backed stablecoin. According to the website, each NFT is costing between 18 and 23 BUSD. The most expensive is the one for the first goal of the match, which is worth 23 BUSD, or R$117 based on the current dollar exchange rate.

The NFTs were put into video format right after each goal happened. They will receive envelopes with animations in 3D format. It was the first time in the history of world football that a fan had the opportunity to own a moment, a goal in real time. This is because the LED signs at Allianz Parque, where the match took place, warned fans, in real time, that goals were available on Binance. The operation to enable the real-time upload used the technology of the iSportistics app, specialized in the identification and live clipping of all the game’s moves, and also had a real-time video editing team. The goals will be available for up to 24 hours in auction format, which ends this Friday (18). Whoever wins the auction for each goal will still receive an official custom Penalty ball used in the match.

In addition to the goals of the São Paulo derby, Binance announced new copies of the series of historic goals from Paulistão. The arts bring the goals of Basílio for Corinthians (1977), Tiba for Red Bull Bragantino (1990), Neymar for Santos (2010) and Rogério Ceni for São Paulo (2011). The NFTs are part of the Historical Engravings collection, created by the artist Pedro Nuin. The artist creates all his works digitally, using programs such as Adobe Illustrator. Next, Nuin associates a QR Code with a chronicle, with a video and technical file of the portrayed move. The collection includes a series of illustrations depicting great moments in the competition’s history. Products will be auctioned on the Binance platform for seven days from the launch date. Here is a brief description of each NFT. Basílio’s historic goal for Corinthians against Ponte Preta (1977), which put an end to the black-and-white fast of 23 years without titles; goal by Tiba for Red Bull Bragantino against Novorizontino (1990), which gave the Paulistão title that year to the Bragança Paulista team; Rogério Ceni’s historic 100th goal for São Paulo, scored against Corinthians (2011); and an illustration of Neymar’s historic goal for Santos against Santo André (2010). The fan who wants to bid on the pieces must be registered on Binance and the winner of each auction will take, in addition to the NFT, a frame (76 x 48 cm) with the respective art. Also read: User makes flash loan attack and profits BRL 5 million with ApeCoin Also read: GameStop will launch NFTs market in the 2nd quarter 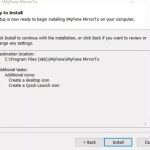 Previous Article How to play Hay Day on Windows PC 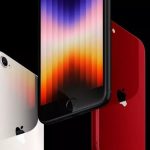 Next Article How to restore a locked iPhone SE3

Edward Snowden’s name was associated with the creation of Zcash (ZEC), a cryptocurrency focused on privacy and anonymity. According to the information, Snowden was one […]

A non-professional Brazilian cryptocurrency investor lost BRL 100,000 on Binance after a possible fraud in the exchange’s API, which processed 250 withdrawals in just 10 […]

The United States FDA has been advised to adopt blockchain technology in its fight against drug trafficking. FDA Should Use Blockchain for Fight Against Drug […]