Cryptocurrency exchange Binance announced the enforcement of stricter “Know Your Customer” (KYC) checks for Russian users following the latest wave of sanctions imposed by the European Union. In a blog post on Thursday (21), Binance said it will limit services to Russian people. According to the exchange, the new action follows the guidelines of the new package of restrictive measures against Russia for the invasion of Ukraine, which began about two months ago.

“Following the fifth package of EU restrictive measures against Russia, Binance is obliged to limit services to Russian citizens or individuals residing in Russia, or legal entities established in Russia, who have crypto assets exceeding the value of 10,000 EUR [cerca de R$ 50.350].”

With the new measure, users who fit this description will have to complete a verification to prove their addresses. According to Binance, these accounts will be placed in withdrawal-only mode. That is, no deposits or trading will be allowed. The limit also covers all spot, futures, custody and staking portfolios. In addition, deposits into the accounts of people and companies that fit the description will be restricted. On the other hand, accounts of Russian citizens residing outside Russia, with address verification, and accounts of Russian citizens or individuals residing in Russia, or legal entities established in Russia, which remain below a total value of 10,000 EUR. Anyone who fits the restriction description and has open futures/derivatives positions – with a balance above 10,000 EUR – will have 90 days to close out their positions. Naturally, the inclusion of new positions will not be allowed.

“While these measures are potentially restrictive for normal Russian citizens, Binance must continue to lead the industry in implementing these sanctions. We believe that all other major exchanges should follow the same rules soon,” Binance concluded.

Binance was one of the exchanges to initially inform that it would not impose sanctions on all Russian users unrestrictedly. As reported by CriptoFácil, the global company led by Changpeng Zhao stated at the time:

“We will not unilaterally freeze millions of innocent user accounts. Cryptocurrencies should provide greater financial freedom for people all over the world.”

Later, in March, Binance announced that cardholders of sanctioned Russian banks would not be able to use them on the platform. Furthermore, the company confirmed that sanctioned individuals had their access restricted to cryptocurrency trading. Read also: Token 0x rises 53% after partnership with Coinbase in NFT market Read also: Justin Sun, from Tron, follows in Terra’s footsteps and announces USDD algorithmic stablecoin Read also: Web3: Emmanuel Macron defends Europe leader in cryptocurrencies, NFTs and metaverse 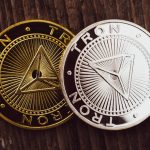 Previous Article Should I buy Tron? 5 things you should consider Next Article How cloud mining can generate passive income in 2022