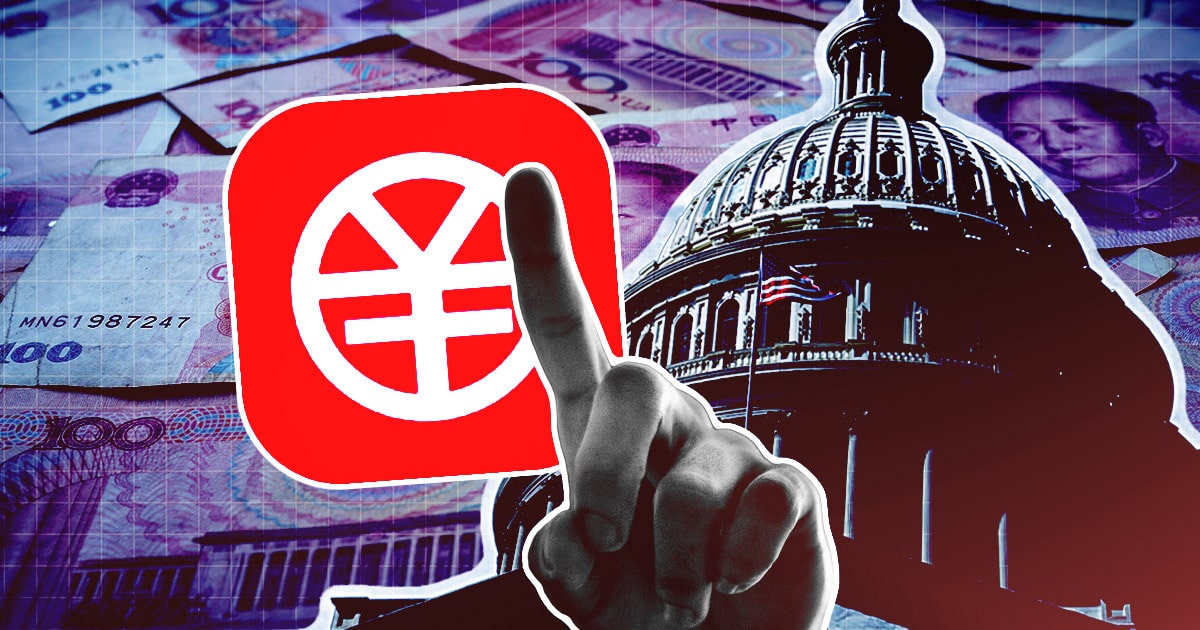 Three U.S. senators created a bill that seeks to ban U.S. websites and apps from accepting payments with China’s digital currency over concerns that it could be used for espionage against US citizens.
Under the bill, the US must ban Google and Apple from supporting apps that allow payments with digital yuan (eCNY), the digital currency created by China. Republican Senators Tom Cotton, Marco Rubio and Mike Braun released the bill titled “Defender Americans from Authoritarian Digital Currencies Act” to ban the use of the e-CNY in app stores and others. websites in the United States.

The bill would prohibit app platforms in the United States from accepting the Chinese Communist Party’s digital yuan (e-CNY) or hosting apps that allow transactions using e-CNY. The digital yuan is a central bank digital currency (CBDC), meaning it is pegged to the Chinese renminbi and is issued by the Chinese central bank. The currency is already used in at least 15 cities across China and is expected to be officially launched at the Beijing Winter Olympics this year. The bill to stop companies operating app stores from listing apps that support eCNY comes after the WeChat it’s the Alipay started accepting digital yuan payments. Both apps are listed on the Google and Apple app stores.

In a statement, the senators argued that China could use its digital currency to gain access to Americans’ private data. According to the senators, the phrase “application store” encompasses all software applications, publicly available websites, and other electronic services that distribute apps from third-party developers to PC, mobile, and other users. “general purpose computing devices”.
The three senators also said the bill was necessary to prevent China from monitoring Americans’ financial activities.
“It makes no sense to accept the digital currency of a genocidal regime that hates us and wants to replace us on the world stage.”
“This is a major financial and surveillance risk that the United States cannot afford to take.”
“The Chinese Communist Party will use its digital currency to control and spy on anyone who uses it.”
“We cannot give China that chance – the United States must reject China’s attempt to undermine our economy at its most basic level.” “The Chinese Communist Party’s digital yuan allows direct control and access to individuals’ financial lives. We cannot allow this authoritarian regime to use its state-controlled digital currency as an instrument to infiltrate our economy and the private information of American citizens.”
This isn’t the first time US lawmakers have tried to ban Chinese digital currency. Earlier this year, Senators Bill Cassidy and Marsha Blackburn proposed the Say No To Silk Road Act, which would require some government agencies to report on CBDCs. According to the Washington-based Chinese Embassy, ​​the bill is yet another example of “deliberate US bullying against foreign companies”, abusing power on the basis of unsustainable national security.