Beggar Givaldo Alves became a celebrity overnight. And with the newly achieved fame, he decided to enter the world of trading with cryptocurrencies. In addition, the famous beggar also received a cryptocurrency and an NFT created in his honor. Givaldo became known after getting involved in a controversy with personal trainer Eduardo Alves – who despite his last name, is not related to him. According to Givaldo, Eduardo’s wife invited him to get in her car and have sex there. The personal trainer caught the scene and beat the beggar, in a case that gained national repercussion. With that, Givaldo gained a sudden fame and began to give interviews telling his story. And now, he has embarked on cryptocurrency trading.

From beggar to trader

According to Givaldo, trade operations started on Tuesday (5th). The former beggar said he received a computer and received lessons on how to carry out operations. On the same day, he began to operate. Then, Givaldo says that he started with just R$500, but that he soon multiplied his capital. Through his Instagram profile, the former beggar and now trader published a series of results. In one of them, Givaldo showed an operation whose profit reached R$ 4,200. As a result, the man made a profit of 840%, according to his profitability calculations.

“Man, it’s really crazy. I never thought of such madness, these kids (sic) are out of the ordinary. We started with just R$500 and look how much I made today (5). This on a computer that today I was taught to launch,” she said.

Following, Givaldo appears alongside Diego Aguiar, a youtuber known for promoting financial pyramids. Aguiar has already promoted well-known YouXWallet, Louvre Finance and even FX Trading, and is currently known for trading binary options and IQ Option in Brazil. Through this operation, Aguiar gave Givaldo two gifts. The first was an Apple Watch, while the second was a pair of AirPods, Apple’s wireless headphones.

“(Givaldo) got what he was looking for with less than an hour of trading on the cryptocurrency market. Congratulations!”, says Aguiar next to Givaldo.

In addition, Aguiar allegedly gave an apartment to Givaldo, as he reported in an interview with the BNews portal. However, the influencer did not reveal details about the amount he would have paid for the property, which has two bedrooms, living room, kitchen and bathroom.

It was not clear what motivated Aguiar to approach Givaldo, but the fact is that the image of the ex-beggar won Brazil. His Instagram account has over 200k followers and he even won a cryptocurrency in his honor. Called Beggar Finance, the meme-cryptocurrency was created on the Binance network (BSC) and has a supply of 10 million MEN tokens. The creators claim that part of the earnings from the project will be donated to Givaldo. The man also won an NFT in his honor, which is for sale on the Rarible platform and is called “Homeless Lover”. There is only one copy of this NFT, which is being sold for 0.6 Ether (ETH), or R$9,336 in current values. However, it is possible that all these projects are scams that aim to take money from whoever buys them. Therefore, investors should be careful and avoid buying any of these tokens. Also read: How not to fall for cryptocurrency scams Also read: Glassnode: Bitcoin withdrawal from exchanges reaches historic milestone Also read: Axie Infinity owner raises $ 150 million to reimburse Ronin hack victims with Binance support 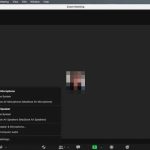 Next Article Fix: Zoom audio not working during a meeting

How to limit data consumption on an Android mobile

Although the vast majority of mobile data plans include the label “unlimited”, the truth is that yes there is usually a maximum consumption limit from […]

Bitget lists Zebec protocol, based on Solana, on Launchpad

Telegram has included in its latest update a download management tool that allows you to quickly send documents, organize media albums before sending them, and […]

The dollar has flexed its muscles in the last dozen or so months, which means that the JPY has lost over 20% […]