After having cloned chip and losing access to Binance, man sues Claro

A customer filed a lawsuit in the Federal District against the telephone operator Claro in 2021, claiming that his line was the target of a fraud that prevents him from buying cryptocurrencies on Binance. As this is the brokerage with the highest volume of negotiations in Brazilian Real, he sought help when he saw that he lost a good part of the 2021 market movement, a situation that continues in 2022. “The Plaintiff alleges that, on 04/06/2021, during the night, he received in his email a notice about a password change on his account at the cryptocurrency exchange Binance.com, as well as a notice of a password change on his account. email. In the message, it was said that the account had been accessed from Spain, using the phone line of his cell phone number to receive SMS, and in attempts to log in to the brokerage firm, he was informed that the password was invalid..” As he tried to enter the wrong password several times as it was changed by the new owner of the line, an error message was returned and his Binance account was blocked from access. The investor did not report whether he noticed any improper withdrawal from his account in the process, as the scammer also had access to his email. Anyway, he started investigating the case and believes that a Claro store is to blame for the problem.

In October 2021, a judge from the Federal District analyzed the case brought by the cryptocurrency investor by Binance against Claro, hearing both parties to the process. After the client’s report, who asked for the refund of his plan and compensation, Claro maintained that there was no fraud. The operator maintained that “there was no evidence of any participation or facilitation of Defendant Claro or its employees in said practice, and the attempts were made in accounts and applications by embezzlers“. The company also claimed that the activation of another chip with the same line was carried out on a different date from the one alleged by the customer, who did not present adequate evidence or true facts. However, the judge did not understand this with the evidence in the file and ended up giving the client the right. In this way, the company was ordered to refund his account with its plans contracted before the fraud, the payment of invoices charged from the same after the problem and moral damages of R$ 3 thousand.

Of course appealed, but magistrates did not agree with operator

Seeing the decision, Claro appealed in the second instance of the TJDF, seeking to reform the decision given to its client. However, unanimously, the judges voted not to be aware of the appeal filed by the company. In this way, the costs of the lawsuit and attorney’s fees will be paid by Claro, in addition to the conviction in the first instance upheld. The operator will only be able to appeal in higher instances now if it believes it is possible to change the decision. What draws attention to the case is that cryptocurrency investors, especially in exchanges, should be careful with the access allowed on these platforms. This is because the theft of a telephone line put all the assets of a Brazilian investor at risk. Recently, a travel investor in Peru had his device stolen and all of his cryptocurrencies were stolen. That is, it is important to maintain access to accounts securely and not relate to telephone line accounts, which can pose risks in cases of fraud. These scams are called SIM Swap and are dangerous not only for cryptocurrency apps, but also banking and personal data. 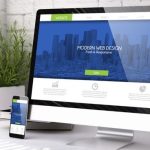 Previous Article How to prepare your website for international audiences

According to a column by Cynthia Decloedt to Broadcast, the Coinbase, one of the largest brokers in the world and the most relevant in the […]

Metaverse lands begin to surpass most expensive cities in the world

Real estate and land have always been Brazilian’s favorite investments. This “thesis” emerged during periods of hyperinflation in the country, when the currency was losing […]

After several days of decline, the market is rehearsing a slight recovery this Tuesday (22). However, analytics firm Santiment claimed that four cryptocurrencies have entered […]

Google implemented the “mobile-first” in April 2018 and it is, in short, a system that prioritize results on mobile when it comes to positioning a […]