5 facts that could impact the price of Bitcoin this week

Bitcoin started this week stumbling and struggling to hold above $40,000. After a drop of nearly 5% in the last 24 hours, BTC is currently costing around $40,700, its lowest since late March.

As Cointelegraph analyst William Subber highlighted, the biggest cryptocurrency on the market appears to be at an impasse. This is because, on the one hand, there are macro forces that can promote major changes in trends. But on the other hand, buyer demand is down, suggesting a negative scenario.

“The combination of these opposing factors is price action that just doesn’t seem to know where to go,” he said.

In an article published this Monday (11), the analyst scored five possible Bitcoin price tips for this week.

As Subber pointed out, Bitcoin has dropped to close to $40,000 erasing all of its gains for the month. And according to him, this could indicate a retest of the previous resistance as support. Some traders cited by the analyst expect this retest to indicate a trend reversal. Credible Crypto, for example, highlighted that it is taking advantage of the downturn to buy more BTC:

“I’m buying in the fall. If you want to wait for confirmation, you can wait for a monthly close to confirm.” wrote.

Credible Crypto further noted that BTC’s Aroon indicator, designed to identify uptrends or downtrends, turned bullish. Likewise, the analyst known as Rekt Capital also provided an optimistic view for BTC. According to him, if BTC turns $43,100 into support, it can start a bullish move within the $43,100 to $52,000 range.

In his article, Subber also highlighted that this Monday is being bad for the stock market:

“It’s a dark day for equities so far. After all, Asia leads with widespread losses, thanks in large part to China’s latest COVID-19 lockdowns. Both the Shanghai Composite Index and Hong Kong’s Hang Seng were down more than 2% in morning trading,” he pointed out.

Despite this, he pointed out that analysts are keeping an eye on trends, such as: rapidly rising inflation; the losses in the bond market and an apparent inability of central banks to respond to this. According to the analyst, the situation underscores the difficulties that equities and risk assets are currently facing:

“As commentators agree that the inflationary environment and associated central bank measures will reduce demand for Bitcoin and cryptocurrencies, the true extent of economic reality is already clear.”

As Subber highlighted, former BitMEX CEO Arthur Hayes stated that new losses should precede gains for the average investor with significant exposure to risky assets such as BTC. On the growing correlation of cryptocurrencies with stocks Hayes commented:

“Short term correlation (10 days) is high and medium term correlations (30 days and 90 days) are moving up and to the right. That’s not what we want. For me to raise the flag in support of selling fiat and buying cryptocurrencies before an NDX crash (30% to 50% downgrade), correlations across all timeframes need to be demonstrably lower trended.”

“Having realized the ‘greed’ in cryptocurrencies in late March, the Crypto Fear & Greed Index is now firmly back in ‘fear’ territory,” he said.

As the analyst pointed out, the metric lost half of its normalized score in less than two weeks as traders grew more fearful. On April 11, for example, Crypto Fear & Greed measured 32/100, while its traditional market counterpart was higher at 46/100, defined as “neutral”. In any case, Van de Poppe reminded investors not to trade based on sentiment cues.

“Everyone was super optimistic in the markets. But now the markets are starting to correct and fear has taken hold. Sentiment is not a great indicator of how you should trade normally.”

Finally, Subber talked about the mining difficulty on the Bitcoin network that is expected to decrease by just 0.4% in the coming days. According to him, the low adjustment suggests that miners remain financially dynamic at current levels and are not struggling despite the 10% drop in BTC.

Also read: Binance becomes a partner in a company in Brazil and will now have to report user transactions Read also: Yearn Finance protocol defends use of new standard for tokens on Ethereum 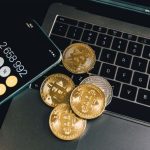 Next Article How to download and install PPSSPP games on Android

New regulations are only justified if they weaken previously not taken into account risk factors, i.e. …

The zloty has problems in the broad market. Exchange rates held back by the NBP

A week after the Russian attack on Ukraine, the currency market remains extremely unstable. Market turbulence is at its strongest since the […]

Survey: 63% of Brazilians want to make payments with cryptocurrencies in their stores

A recent survey by CoinsPaid, a company that processes cryptocurrency payments, gathered 1,506 people in Argentina, Colombia and Brazil. According to the results, 36.3% of […]