10 Most Promising Cryptocurrencies to Buy and Hold in 2022

Cryptocurrencies have not had a good start to the year. According to data compiled by CoinGecko, the total market cap of digital currencies dropped from $2.04 trillion in January to around $1.9 trillion in April. All recovery attempts have stopped. In this article, we will look at the most promising cryptocurrencies to buy and hold in 2022.

Ethereum, the second largest cryptocurrency, is one of the best to buy and hold in 2022. The platform is undergoing significant changes that will make it attract more developers and investors. Developers are implementing the transition from a proof-of-work network to a proof-of-stake network. They will also introduce the concept of sharding, which will make you significantly faster. As a result, more developers are likely to choose it to build their applications. In addition, most already use it despite its flaws. Therefore, there is a probability that the price of Ethereum will continue to grow in 2022.

Near Protocol is another promising cryptocurrency to invest in in 2022. It is a proof-of-stake cryptocurrency that is gaining substantial traction among developers. The creators are currently implementing the nightshade sharding update intended to make it faster and more scalable. To carry out this mission, Near Protocol raised nearly $350 million in April this year. The fundraising came a few months after the developers raised over $100 million from investors. These funds will go towards building the ecosystem and encouraging its developers. Furthermore, its total DeFi locked-in value has risen to nearly $1 billion and there is a likelihood that it will continue to grow this year.

Mina Protocol is a little-known cryptocurrency that should have a good year. Its price has already jumped about 61% in relation to the low registered in the year. Mina Protocol is a blockchain project that uses zero knowledge (zk) rollups to help developers build fast applications. Its token has a total market cap of over $1.1 billion. The developers of Mina Protocol have raised over $92 million from venture capital firms. With its SDK set to be released in 2022, there is a likelihood that the platform will gain traction. If that happens, Mina’s price will likely continue to rise as more people interact with its platform.

Lido DAO is a leading blockchain project in the decentralized finance (DeFi) industry. The platform is built on Terra, Ethereum, Solana, Kusama and Polygon. Their Ethereum and Terra networks are the biggest. Lido’s business is to provide liquidity for staked assets. For example, Lido Staked Ether has a market cap of over $9 billion. Lido has a total blocked value of over $17 billion. Lido DAO token has a market cap of over $878 million. There is a likelihood that it will bounce back in 2022 as more people adopt the network.

Anchor Protocol is another safe cryptocurrency to buy and hold in 2022. It is one of the top DeFi platforms in the world with a TVL of over $25 billion. It is the second largest DeFi network after Curve and the largest in the Earth’s ecosystem. Anchor Protocol allows people to deposit money on its platform and start earning rewards as other people lend. In early 2022, the price of Anchor Protocol dropped after developers announced that they would adjust the interest rate earned per month. Rates will go up or down by 1.5% per month. Still, Anchor is a safe cryptocurrency because its ecosystem is still growing.

Bitcoin is a safe cryptocurrency to buy and hold due to its important role in the blockchain industry. It is the largest currency in the world and tends to set the tone for other currencies. In most cases, other cryptocurrencies tend to go up when Bitcoin goes up and vice versa. It is also one of the most held digital currencies in the world. So, if cryptocurrency prices have a positive year in 2022, Bitcoin is likely to rise as well. Bitcoin is also gaining traction among institutional investors.

Avalanche is a leading blockchain platform that aims to help developers build decentralized applications that are fast. While Ethereum handles less than 20 transactions per second, Avalanche can handle up to 4,000 transactions. It’s also a relatively cheap network, with the average transaction price being a few cents. While the Avalanche network is experiencing strong growth, its developers have announced investments worth over $400 million to boost its ecosystem. The first was Avalanche Rush and the second is $290 million for the metaverse. Therefore, the Avalanche price will likely continue to rise in 2022.

Terra is one of the fastest growing blockchain projects in the industry. The network is known for its stablecoins, such as Terra USD, which has a market cap of over $16 billion. It has also become a leading player in the DeFi industry. Some of the top DeFi apps in the ecosystem are Anchor Protocol, Lido, and Astroport. As one of the fastest growing cryptocurrencies in the world, LUNA is a good investment in 2022.

Chainlink is the industry’s largest smart oracle platform. Its job is mainly to connect data off-chain to off-chain. Its use is so important in various industries like DeFi and NFTs that require useful external data. Chainlink has a Total Guaranteed Value (TVS) of over $55 billion. Therefore, there is a possibility that the price of Chainlink will continue to rise.

Cronos is a highly promising cryptocurrency that is expected to see spectacular growth in 2022. It has also attracted many developers on the network. According to DeFi Llama, the network has hundreds of projects with a TVL of over $4 billion. Some of the apps on the network are VVS Finance, Tectonic and MM Finance. Therefore, the price of Cronos will likely continue to rise.

Previous Article NBP exchange rates. The dollar and the pound up. The zloty loses on Wednesday, April 13, 2022. 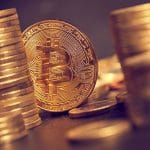 Next Article R$ 4,500 in Bitcoin: riddle of famous Brazilian book on Bitcoin is solved

How to restore a locked iPhone SE3

If you have an iPhone SE 3 (third generation) that Apple has recently introduced and you have forgotten your mobile password, you may be wondering […]

Criminals Remain A Threat To Cryptocurrency